Most of What Claimed about Syrian Rescue Group, White Helmets, Untrue

Story Code : 612644
Islam Times - The White Helmets are a “feel good” story like a Disney hero movie: 90% myth and fabrication. Most of what is claimed about the Syrian rescue group is untrue. They are not primarily Syrian; the group was initiated by British military contractor James LeMesurier and has been heavily funded by the USA, UK and other governments.
They are not volunteers; they are paid. This is confirmed in the Al Jazeera video which shows some White Helmet “volunteers’ talking about going on strike if they don’t get paid soon. Most of the heavy funding goes to the marketing which is run by “The Syria Campaign” based in New York.

The manager is an Irish America woman Anna Nolan who has never been to Syria. As an example of its deception, “The Syria Campaign” website features video showing children dancing and playing soccer implying they are part of the opposition demand for a “free and peaceful” Syria . But the video images are taken from a 2010 BBC documentary about education in Syria under the Baath government.

The White Helmets’ claim to be neutral and independent is another lie. They only work in areas controlled by the rebel groups, primarily Nusra/ Al Qaeda.  Their leaders actively call for US and NATO intervention in Syria. Video shows White Helmet workers picking up the corpse of a civilian after execution and celebrating Nusra / Al Qaeda terrorist battle wins.

The movie is as fraudulent as the group it tries to heroize.

The film-makers never set foot in Syria. Their video footage takes place in southern Turkey where they show White Helmet trainees in a hotel and talking on cell phones. Thrilling. There is some footage from inside Syria but it looks contrived.  The opening scene depicts a White Helmet “volunteer” going to work and beseeching his son not to give mommy a hard time. Real or scripted?

The message is simple: here are people we can support; they are under attack by the brutal “regime”…shouldn’t we “do something” to stop it??!

Khaled Khatib is said to be the person who filmed the footage from inside Syria. He has reportedly received a US visa and will attend the Oscars. This will likely garner special media attention. Ironically, some of those who have exploited the refugee issue for their own fund-raising campaigns, like Human Rights Watch, are groups which promote the war which created the refugee crisis.

Khatib has tweeted the first video he took showing the White Helmets. It looks remarkably unrealistic, with a girl who was totally buried being removed without injuries or wounds or even much dirt. Is it really possible to rescue people that quickly? In the real world, rescue workers are told to work slowly so as to not damage or exacerbate body injuries. The original video has the logo of Aleppo Media Center (AMC) which was created by the Syrian Expatriates Organization.  Their address on K Street in Washington DC suggests this is yet another Western funded media campaign driven by political objectives.

In the past few days, with perfect timing for the upcoming Oscars, there is yet another “miracle” rescue …. another girl totally buried but then removed and whisked away in record breaking time – perfect for social media.  Is it real or is it contrived?

This raises a question regarding the integrity of the Oscar Academy Awards. Are awards given for actual quality, authenticity, skill and passion?  Or are Oscar awards sometimes given under political and financial influence?  There is political motivation to promote the White Helmets as part of the effort to prevent the collapse of the Western/Israeli/Gulf campaign to overthrow the Syrian government.

These same governments have given boatloads of money to fuel the propaganda campaign. Last week Syria Solidarity Movement reached out to three marketing firms in the LA area to request help challenging the White Helmets nomination.  Two of the firms declined and the third said they were already being paid to promote the nomination!

The true source and purpose of the White Helmets was exposed almost two years ago. More recently Vanessa Beeley has documented the fact there is a REAL Syrian Civil Defence which was begun in the 1950’s and is a member of the International Civil Defense Organizations. This organization is opposite to the group created in Turkey in 2013. According to on-the-ground interviews in Aleppo, terrorists began by killing real Syrian rescue workers and stealing their equipment.  Since then the White Helmets have been supplied, by the West through Turkey, with brand new ambulances and related rescue equipment.

Yet mainstream media, and some ‘alternative’ media, continue to uncritically promote the myth of the “White Helmets”. The promoters of the group absolutely deserve an award for marketing and advertising.  This is a field where truth and reality is irrelevant; it’s all about sales and manipulation. On that basis, the “White Helmets” has been an incredible success. The group was started as “Syria Civil Defense”  in Turkey in 2013.

It was re-branded as the “White Helmets” in 2014. It was heavily used in 2014 and 2015 by Nicholas Krisof, Avaaz and others to campaign for all out aggression against Syria.  In 2016 the group received the Rights Livelihood Award and was seriously considered for a Nobel Peace Prize.  These facts show how corrupt and politically and financially influenced the Rights Livelihood Award and Nobel Peace Prize can be.

The White Helmets movie is a tactic in the ongoing campaign of distortion and deception around Syria.  It’s a fraud, just like the fake kidnapping of NBC reporter Richard Engel. The Oscars will be a demonstration of the integrity of the Academy Awards.  The reporting on the story will be a test of the integrity and accuracy of media outlets. Ironically, the Israeli mainstream TV program I24 presented both sides and titled the segment “White Helmets: Heroes or Hoax?”.  In contrast, the highly popular and widely respected DemocracyNow has  only broadcast a puff piece promoting the “White Helmet” disinformation.  The coming days will reveal more about the ongoing information war against Syria.  Meanwhile on online petition continues to gather signatures to NOT give the Oscar to the White Helmets deception.
Source : Global Research
Share It :
Related Stories 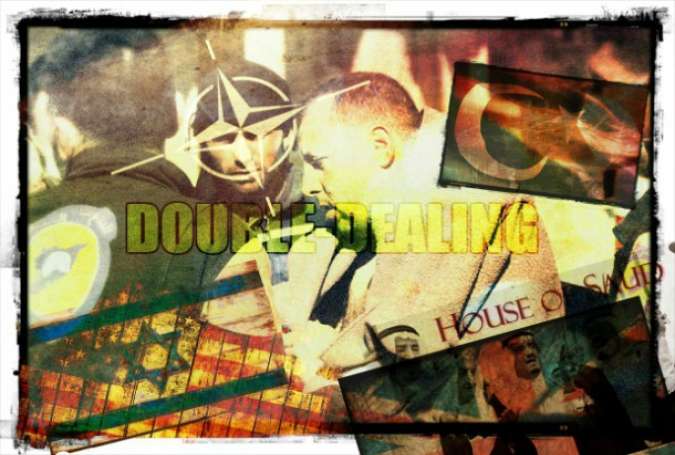