Story Code : 613337
Islam Times - Manama says at least four Bahraini officers have been wounded as an explosion ripped through a police bus south of the capital.
The Interior Ministry said in a statement posted on its Twitter page that the bombing took place close to the village of Jaww located on the southeastern coast of Bahrain, which is home to the kingdom’s main prison.

The statement further said those wounded “are in a stable condition,” adding that “necessary steps are being taken,” without providing further details.

No individual or group has yet claimed responsibility for the attack.

In early January, armed men attacked the Jaww prison, where several activists and anti-regime protesters are being held, killing one policeman and allowing inmates to escape.

Bahraini police later launched a manhunt for the attackers and the escapees. Earlier this month, regime forces shot and killed three young activists purported to be linked to the January 1 storming of the Jaww prison.

The latest developments come against the backdrop of intensified protests in the tiny Persian Gulf country over the mid-January execution by firing squad of another trio of Shia activists for their alleged role in a deadly bombing back in 2014.

Thousands of anti-regime protesters have held numerous demonstrations in Bahrain on an almost daily basis ever since a popular uprising began in mid-February 2011. They are demanding that the Al Khalifah dynasty relinquish power and let a just system representing all Bahrainis be established.

Manama has gone to great lengths to clamp down on any sign of dissent. On March 14, 2011, troops from Saudi Arabia and the United Arab Emirates were deployed to assist Bahrain to quell the uprising.

Scores of people have lost their lives and many others were arrested in the crackdown.
Share It :
Related Stories 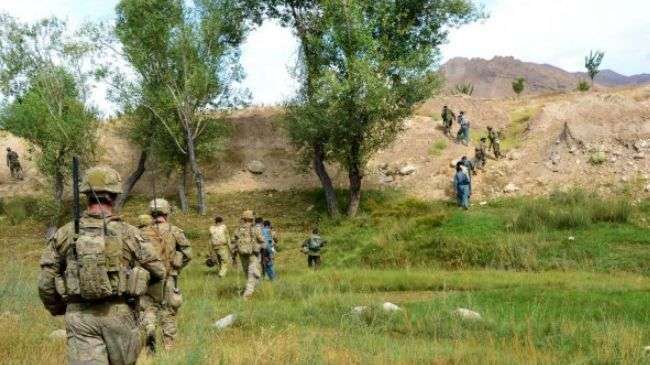 21 Taliban killed in operations across Afghanistan: Interior Ministry
Islam Times - Afghanistan’s Ministry of Interior Affairs says that at least 21 Taliban militants have been killed and 21 others were arrested in ...
Green-on-blue attacks not infiltrator job: Afghan Interior Ministry
Criminal Groups Seeking to Create Chaos in Iraq: Interior Ministry
Calls for protests in Iran orchestrated from outside: Interior ministry official
Iran presidential election facing no security threat: Interior Ministry
Terrorists to sabotage elections in Pakistan: Interior Ministry
25 Taliban militants killed in Afghanistan: Interior Ministry
No more sit-ins will be allowed in Egypt: Interior Ministry
Comment
Malaysia’s Anwar Claims to have Majority to Form New Government
US Bully in Last Chance Saloon
The Censored Reason Why the US Would Torpedo the UN over Iran: Iranian Strength
Facebook to ’Restrict Circulation of Content’ If Unrest Follows US Presidential Elections
Road to Saudi Ties with ‘Israel’ Being Paved, Cautiously
Ex-‘Israeli’ Military Officials’ Pre-normalization Gulf Entanglement
Rouhani: US Can Impose Neither Negotiations, Nor War on Iran
IED Explosion in Syria’s Quneitra Causes Material Damage
IRGC Naval Drone Detects US Carrier Strike Group near Hormuz Strait
200,000 Dead as Trump Vilifies Science, Prioritizes Politics
Iraq’s Sadr: Israel Would Mark Own Ending by Opening Embassy in Baghdad
Rights Groups: UAE Hires Thousands of Mercenaries to Carry Out Assassinations in S Yemen
Possible Targets for Taking Revenge for Gen. Soleimani
2,000 Days Since It Began, the War in Yemen Is Poised To Turn Even More Deadly
Why Is Iraq’s Al-Kadhimi Pushing To Cozy Up To Kuwait?
EU Parliament Urges Arms Embargo on Saudi Arabia
SA Minister: US Report of Iran’s Assassination Plot ‘Bizarre’
Ayatollah Khamenei: Sacred Defense Established Security in Iran, Enemies Will Pay Dearly If They Invade Country
Five Nations Are Weighing Normalized Ties to ‘Israel’: Trump Aide
How US Takes Advantage of Terrorism for Purpose of Its Hegemony!
Featured Stories