Story Code : 622248
Islam Times - Turkey's main opposition party says nearly 5,000 academics have been sacked by the government since last summer’s failed coup.
Republican People's Party (CHP) said in a report on Sunday that a total of 4,811 academicians from 112 universities had been dismissed by the Turkish government in the aftermath of the last July botched putsch.

The report said the authorities had also shut down 15 out of 191 universities in Turkey over alleged criticisms of the government since July 15, 2016.

The coup began when a faction of the Turkish military declared that it had seized control of the country and the government of President Recep Tayyip Erdogan was no more in charge. It was, however, suppressed a few hours later.

Following the failed coup, Ankara launched a heavy-handed crackdown on those deemed to have played a role in the attempt, which was blamed on the movement led by US-based opposition cleric Fethullah Gulen. The Pennsylvania-based cleric has, however, categorically denied the allegation.

Over 240 people were killed during the failed coup.

Tens of thousands of people have been arrested in Turkey on suspicions of having links to Gulen and the failed coup. More than 110,000 others, including military staff, civil servants and journalists have been sacked or suspended from work over the same accusations.

Last week, Amnesty International said one-third of all imprisoned journalists across the globe were incarcerated in Turkey. The rights group urged Turkish authorities to immediately release all the inmates totaling more than 100 journalists.

Ankara unleashed a widespread purge across the country following the subversive move, with the international community highly critical of the Turkish president over the massive dismissals.

Ankara says it will continue the purge to prevent a repetition of the attempt.
Share It :
Related Stories 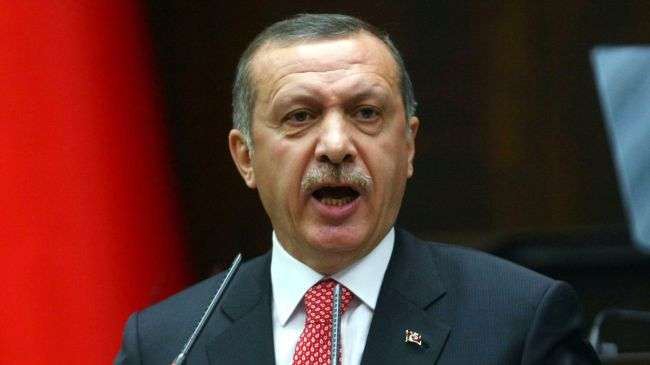