Story Code : 634264
Islam Times - Hundreds of ISIS terrorists are returning to Britain from Syria, with the country's security forces saying they are unable to control the returnees.
According to British media reports, the country's domestic intelligence service MI5 previously said around 850 extremists from Britain travelled to the West Asia region as the terrorist groups occupied parts of Syria and Iraq.

Now as Iraqi and Syrian forces push ISIS from its previous strongholds, terrorists with British passports are fleeing back to the UK, where authorities fear they may unleash a new wave of attacks.

According to The Times, many of those returning obtained training in the use of explosives and firearms as they took part in ISIS's bloody campaign across Iraq and Syria.

The paper states that intelligence gathered on them is often covert or sensitive meaning it cannot be used in court.

Sources say the influx of ISIS is stretching the UK's security services to breaking point, with up to 30 officers required to provide 24-hour monitoring of just one suspect.

This comes after a British defector from the group told how up to 300 British members of ISIS remain in the Syrian warzone.

Experts believe they may be in communication with those who have returned, raising the fear of further plots.

Security experts believe most of those who joined ISIS have returned to Britain and they could be awaiting instructions.

MI5 previously estimated that 3,000 extremists are currently operating in the country.

Masood is understood to have travelled to the hotbed of Wahhabi terrorists, Saudi Arabia, before the attack. ISIS terrorists, like other Takfiri terrorist groups including Boko Haram and al-Shabab adhere to the Wahhabi ideology.

ISIS is currently facing rapid decline in both Iraq and.

Iraqi forces said on Tuesday that they had retaken full control one of Mosul's largest neighborhoods.

A research conducted by the International Centre for Counter-Terrorism (ICCT) and published last year revealed that French, German and British citizens constitute the majority of the European foreign fighters that joined the ranks of ISIS in Syria and Iraq.

France is the primary country of origin for the people who left to fight for the ISIS terrorist group in the West Asia region, as more than 900 French citizens traveled to Syria and Iraq to join the extremists.

In absolute terms, France is closely followed by Germany and the UK which both also contributed large numbers of ISIS foreign fighters. According to different estimates presented in the ICCT research, 720-760 Germans and 700-760 Britons left their countries to join the ranks of extremists.

Last year, a high-ranking United Nations official said nearly 30,000 "foreign terrorists" are currently in Syria and Iraq, warning that the risk of attacks in their home countries was growing.

"There are nearly 30,000, and now that the territory held by ISIS is shrinking in Iraq, we are seeing them return, not only to Europe but to all of their countries of origin, like Tunisia, Morocco," he told reporters in Geneva in July.

Speaking in February, Syrian President Bashar al-Assad tore into the European country's role to the Syrian war, saying they had supported terrorists from the beginning of the bloody conflict.

Speaking to Belgian broadcaster VRT in Damascus, President Assad said “The EU is supporting terrorists in Syria from the very beginning. 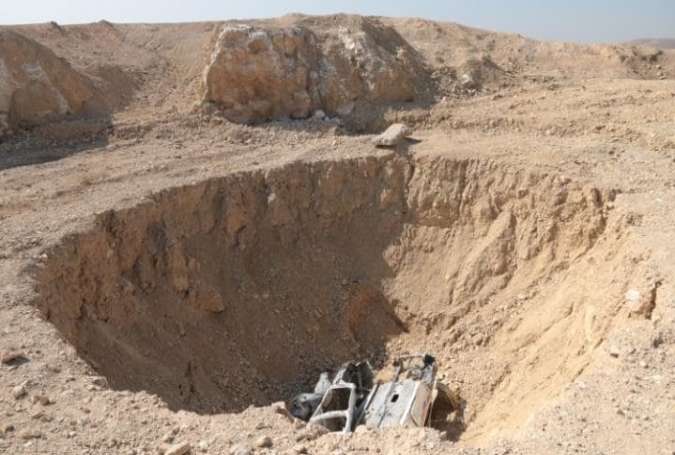