Story Code : 641493
Islam Times - A senior Palestinian official has said Israel’s convening a cabinet meeting in the tunnels under the al-Aqsa compound is a "provocation."
“We condemn in the strongest terms the latest provocation by Israel, holding its weekly [cabinet meeting] in the tunnels beneath al-Aqsa Mosque Compound in occupied East Jerusalem al-Quds,” said Saeb Erekat on Sunday.

Al-Aqsa Mosque is the third holiest site for Muslims after Masjid al-Haram in Mecca and Masjid al-Nabawi in Medina.

The Tel Aviv regime held its cabinet meeting at the Western Wall tunnels to mark the 50th anniversary of Israel's occupation of East al-Quds.

In a war in 1967, Israel captured the West Bank and East Jerusalem al-Quds, where the al-Aqsa Mosque compound is located. Since then, Tel Aviv has continued to expand its illegal settlements and other projects in the area.

Erekat added that by deciding “to mark 50 years of occupation, and the beginning of the Holy Month of Ramadan” in the tunnels, Israeli Prime Minister Benjamin Netanyahu was “sending a clear message to the Palestinian people that the systematic violations of their inalienable rights are going to continue.”

“Today’s meeting in occupied East Jerusalem is an attempt by Israel to normalize occupation, oppression and colonization over the land and people of Palestine,” he stressed.

The occupied Palestinian territories have witnessed tensions ever since Israel imposed restrictions on the entry of Palestinian worshipers into the al-Aqsa Mosque compound in East Jerusalem al-Quds in August 2015. Around 300 Palestinians have lost their lives at the hands of Israeli forces since October that year.
Share It :
Related Stories 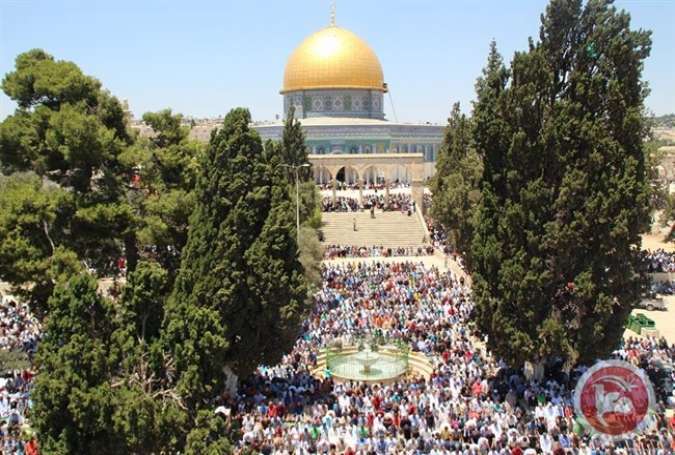