Story Code : 642372
Islam Times - A Bahraini court on Wednesday ordered the dissolution of the National Democratic Action Society opposition group, also known as Waad, and the seizure of its assets, as the western-backed Al Khalifa regime is heading for "total suppression of Human Rights".
Banning Bahrain's main secular opposition group is part of a wider crackdown by the despotic regime's crackdown on opposition that has included killing and torturing pro-democracy protesters, outlawing opposition groups, imprisoning and trying prominent rights campaigners and revoking the citizenship of opposition figures including spiritual leader of majority Shiites Ayatollah Sheikh Isa Qassim .

The ruling comes following a petition filed in March by Bahrain's justice ministry accusing Waad of "serious violations targeting the principle of respecting the rule of law, supporting terrorism and sanctioning violence".

The Arabic-language al-Wasat daily newspaper said that the high administrative court decided to "dissolve the National Democratic Action Society (Waad), confiscate its assets for the benefit of the state treasury".

Bahrain Institute for Rights and Democracy denounced the clamp down saying "Shutting down the last opposition party is a declaration of a de facto ban on all opposition."

"The Government of Bahrain is acting with the aim of totally silencing all peaceful voices, leaving open the alternative of underground opposition and violence," Sayed Alwadaei, director of advocacy at the London-based rights group said in an emailed statement.

"This was allowed to happen because Bahrain feels zero geopolitical and international pressure from 'champions of democracy' in the West," he added.

The Persian Gulf tiny island, where hosts US Fifth Fleet, has been witnessing almost daily pro-democracy protests since 2011 that were faced with regime's crackdown supported by a Saudi-led intervention.

Last week, five people were killed and nearly 300 were detained when security forces stormed into Ayatollah Qassim's home in village of Diraz, near the capital Manama. Supporters had been staging a sit-in camp outside Sheikh Qassim's home in a protest since authorities revoked his citizenship last year accusing him of fomenting sectarian divisions.

Some analysts suggested that regime's security forces incursion into Diraz village was green lighted by the US, as the raid came days after US President Donald Trump  during a visit to Riyadh visited Bahrain's King Hamad bin Isa al-Khalifa.

Attacks on public targets have jumped this year after authorities carried out a death sentence on three men convicted of a deadly bombing of policemen in 2014. Bahrain accuses Shi'ite Iran of fomenting violence in the kingdom, a charge Tehran denies.
Share It :
Related Stories 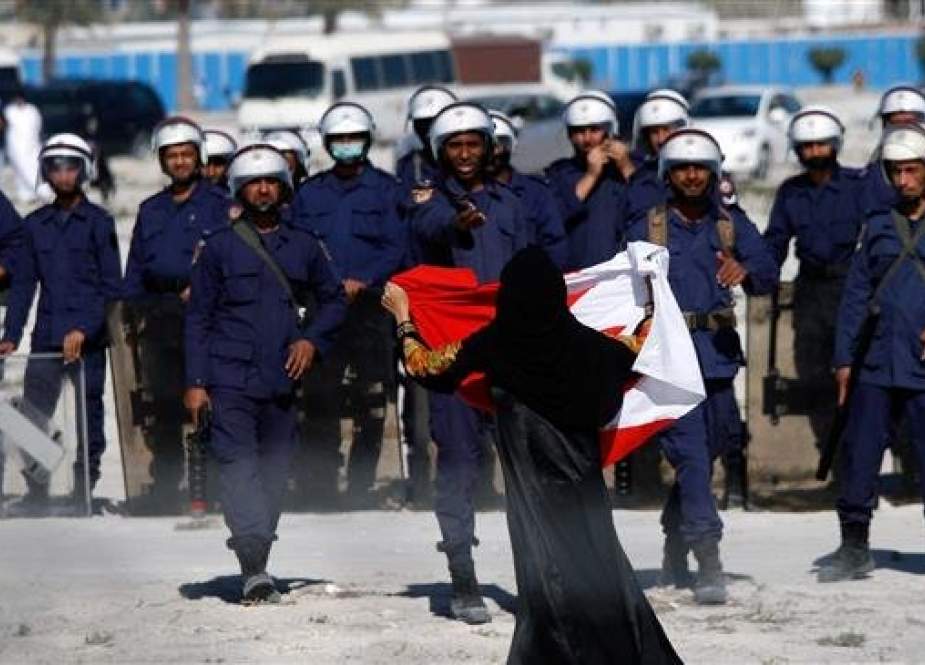