Story Code : 655680
Islam Times - Diplomatic sources in Paris have revealed that French President Emmanuel Macron is to hold a meeting with Libya’s renegade military commander Khalifa Haftar in Paris as reports suggest that the French government is planning to give the rogue general some sort of legitimacy.
A diplomatic source said Sunday that Macron was planning to meet Haftar, who is reportedly in Paris for talks with the head of Libya’s government next week, an encounter the source said could help bring around the commander by offering him "some form of legitimacy".

The source said Macron wanted France to play a more active role in tackling the crisis in Libya; a country plagued by militancy six years after the ouster and killing of longtime dictator Muammar Ghaddafi.

The source said recognizing the authority and influence of Haftar would allow Government of National Accord (GNA) to implement a 2015 the United Nations-backed peace agreement.

It also revealed that GNA head and Libya’s Prime Minister Fayez al-Serraj will arrive in Paris for talks with Haftar in the coming days.

“I know Haftar is in Paris already, Serraj is due to arrive soon. They are aiming for Tuesday,” said the source, adding that Macron will also hold a meeting with Serraj.

There was no official confirmation from the French government that the meetings on Libya would take place. GNA officials have yet to comment on the peace talks between Serraj and Haftar in Paris. However, Libyan local media have cited a Libyan government source saying Serraj would arrive in Paris on Tuesday.

Haftar served as a senior military commander during the time of Gaddafi. Enjoying strong support from regional governments, including from Libya’s neighbor Egypt and the United Arab Emirates, Haftar has consistently refused to accept GNA’s legitimacy. This comes as governments like Algeria and Tunisia support an inclusive and political approach to the Libyan crisis and want Haftar to disarm. Haftar forces have managed to gain grounds in eastern Libyan territories over the past months

France, along with Britain, are repeatedly blamed for the crisis in Libya as the two contributed to the NATO military alliance’s limited military operation which helped topple Gaddafi in 2011.
Share It :
Related Stories 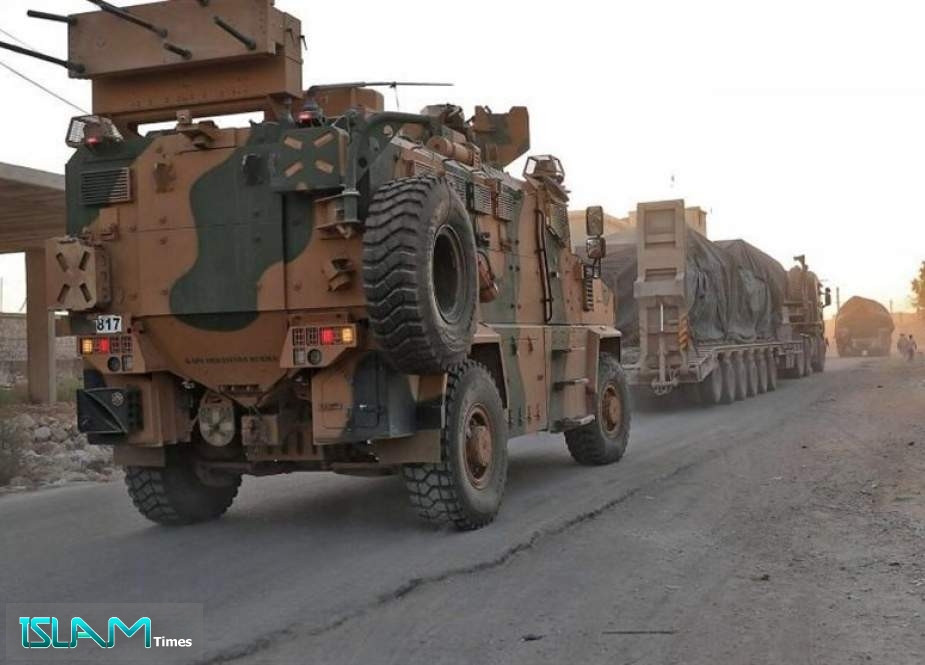 Turkey Pulling Back from Second Military Post in Syria: Sources
Islam Times - Turkey is evacuating a second military post in northwest Syria, pulling back from territory controlled by Syrian forces to an area ...
Frustrated at White House, Tillerson looks for an exit: Sources
Turkey seeks to revive military relations with Israel: Sources
‘Frustrated’ Allen stepping down over lack of ‘resources’
Israeli drone spying on Iran took off from Nakhchivan: Sources
Pompeo Violated Rules on Use of US State Department Resources
North Korea Seen Removing Loudspeakers from Border Areas: Sources
Jaafari Blamed US of Occupying Syria Oil Wells, Looting Resources
Comment
Pakistan Rules Out Possibility of Housing US Troops on Its Bases After Withdrawal from Afghanistan
Biden Signs Executive Order to Strengthen US Cybersecurity Defenses After Colonial Pipeline Hack
Hamas Yet to Unveil Main Military Assets: Deputy Commander
US Senators Warn against Iran Trade if Sanctions Removed
US Military Transports Weapons, Logistic Material from Iraq to Syria’s Hasakah: SANA
Imran Khan Expresses Solidarity with Palestinians
'Virus' of Islamophobia Turning Europe into ‘Open-Air Prison’ for Muslims: Erdogan
Qassam Brigades to ‘Israel’: No Redlines, No Rules of Engagement When it Comes to Protecting Al-Aqsa, Our People
US Deploys F-18 Fighter Jets to Saudi Arabia as Tensions Escalate in West Asia
Palestinian Resistance Escalates Confrontation with Enemy: All Israeli Airports Are Now Under Fire