Story Code : 656228
Islam Times - Islamic leaders at Al-Aqsa mosque on Tuesday rejected an Israeli regime’s decision to remove some security measures at the mosque urging worshippers to boycott the site until the return of the status quo.
On Monday night the Israeli regime, bowing to international pressure and protests by Palestinians, agreed to remove metal detectors around the Noble Sanctuary (Al-Haram al-Sharif), home to the mosque. The security measures which are humiliating to Palestinian Muslim worshippers led to a "day of rage" on Friday and in the ensuing clashes Israeli regime forces killed at least six Palestinians.

However, Israeli regime’s decision to leave "security measures" at entrances to the site was on Tuesday morning rejected by the Waqf, the administrators of the compound.

"No entry into Al-Aqsa mosque until after... the return of the situation to how it was before the 14th of this month," read a statement.

Sheikh Ikrima Sabri, the former grand mufti of Al-Aqsa has said the issue wasn't solved adding that Israeli regime forces removed the metal detectors but they put other dangerous obstacles that change the status quo of the al-Aqsa mosque, the third holiest site in Islam after the Grand Mosque of Mecca and the Prophet’s Mosque in Medina.

Sources say the Israeli regime removed metal detectors it had placed at the entrances to al-Aqsa Mosque and replace them with smart cameras. According to Zionist media outlets, the metal detectors were replaced with "advanced technologies," reportedly cameras that can “detect hidden objects.”

Spokesman for the group Hussam Badran said that the Israeli occupation authority seeks to impose a new status quo in al-Aqsa.

He also called on Palestinian youths to escalate Intifada in West Bank, stressing the importance of continuing protests till the removal of all Israeli newly-erected devices at al-Aqsa’s gates.
Share It :
Related Stories 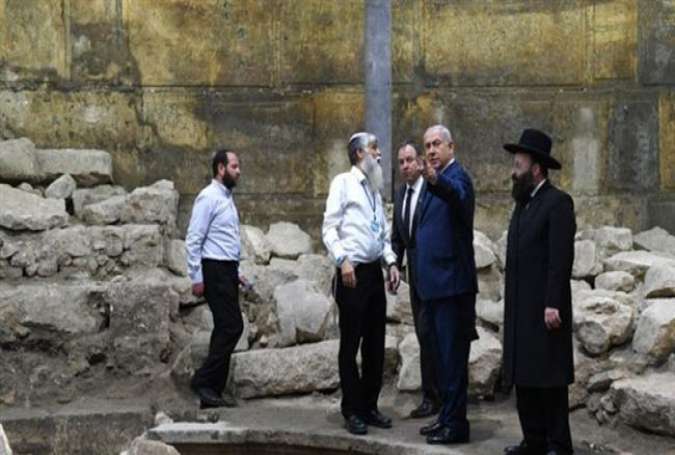