US involved in ‘bloody provocations’ against Russian forces in Syria: Lavrov

Story Code : 674099
Islam Times - The Russian foreign minister has slammed the US for pursing a “double standard” approach towards the fight against terror in Syria, saying Washington encourages “bloody provocations” against Russian and Syrian government forces.
In an interview with the London-based, Arabic-language Asharq al-Awsat daily, published on Wednesday, Sergei Lavrov cast doubt on the activities of US-backed militants as well as the Washington-led coalition of countries engaged in what is said to be an anti-Daesh operation in Syria.

“In some cases, these [US-led] forces have indirectly encouraged other terrorists to attack strategic positions rightfully regained by Damascus, or they have deliberately engaged in bloody provocations against our forces,” Lavrov said.

“In other cases, they inspire other terrorists to attack strategic locations over which official Damascus has restored its legitimate authority, or to stage fatal provocations against our military personnel,” he added.

The remarks came amid increased tensions in Syria’s Dayr al-Zawr Province between US-backed militants and Syrian government forces, who are backed by Russia.

Last month, the Russian Defense Ministry said that Syrian troops in Dayr al-Zawr had been twice targeted with mortar and rocket fire from the regions where the US-sponsored Syrian Democratic Forces are active.

Lavrov further criticized the US for failing to acknowledge that there is no distinction between terrorist groups which are wreaking havoc in Syria.

“If you apply double standards, divide terrorists into ‘bad’ and ‘very bad,’ force others to enter the coalition on political motives, forgetting about the necessary UN sanction to approve these actions, then it’s hard to speak about the effectiveness of an anti-terror campaign,” Lavrov said.

The top Russian diplomat further noted that the fight against terrorism should be accompanied with peaceful political efforts in order to be fruitful.

“It’s impossible to eradicate terrorism in the Middle East and North Africa through military means only,” he said, adding, “The advantage of our policy lies in that it is not self-interested and does not have a hidden agenda.”

All players in Syria should “abandon their geopolitical ambitions and contribute fully to the restoration of stability and security” to the country and the whole region, Lavrov pointed out.

“Our practical cooperation at all levels … illustrate that Turkey and Iran play, in the full sense of the word, the key role in terms of stabilizing the situation in Syria and Iraq,” he added.

Syria has been fighting multiple foreign-sponsored terrorist groups since March 2011.

Russia has been conducting air raids against Daesh and other terror outfits in Syria at the request of its government since September 2015.

On the contrary, the US and its regional allies have been supporting anti-Damascus militants in a bid to topple the government of President Bashar al-Assad.
Share It :
Related Stories 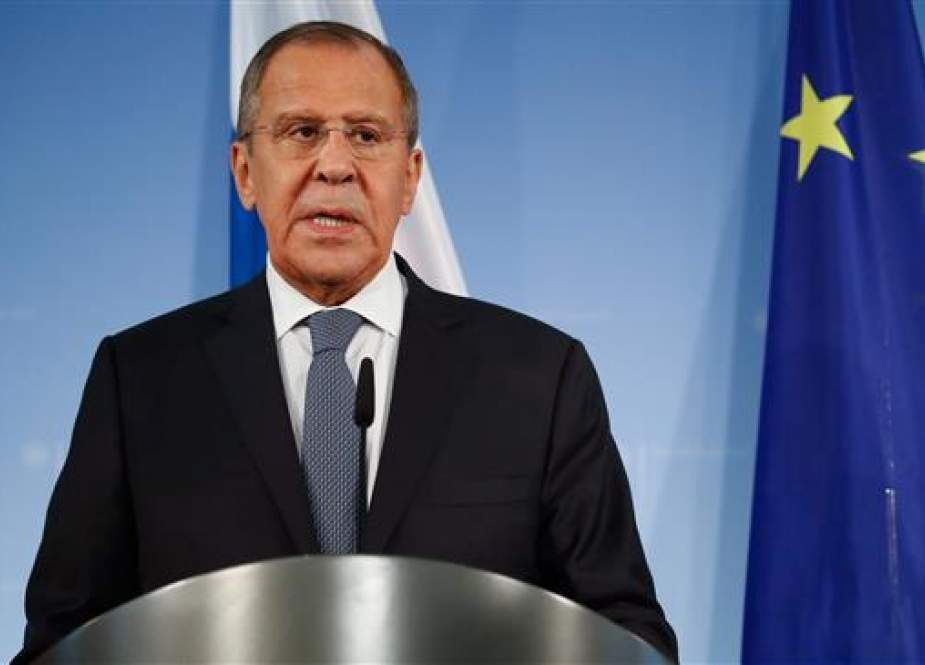