Story Code : 680394
Islam times - Following illegal Israeli air raids on Gaza Strip and killing eight Palestinians and injuring many more, Palestinian resistance movements of Hamas and Islamic Jihad issued statements to stress their readiness to confront the regime's aggression.
“We affirm our right to respond to the aggression of the occupation today,” the Islamic Jihad movement said in a statement later on Monday.

“The occupation regime must be aware that we will continue to work to strengthen our capabilities to protect our people,” it added.

Hamas said in a post on Twitter that the attack constitutes “a new war against Gaza people”.

The victim was identified as the field leader, Masbah Shbeer, 30, a member of Hamas military wing, the Izz Eddine al-Qassam Brigades.

Earlier on Monday, the Israeli regime’s army claimed responsibility for the strike that targeted the tunnel stretching between the Gaza Strip city of Khan Younis and the 1948 occupied Palestinian territories.

Spokesman for the Israeli army said that the regime’s southern command destroyed a Palestinian tunnel under construction using new technology after it was discovered near the border fence east of Kahn Younis.
Source : alwaght
Share It :
Related Stories 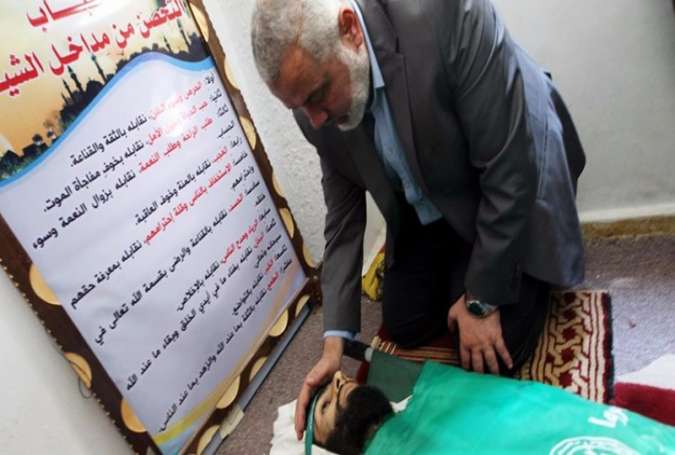