US Deep State behind indictment of 13 Russians: Ron Paul

Story Code : 706463
Islam Times - Former Congressman Ron Paul claims the US Deep State is behind Special Counsel Robert Mueller’s indictment of 13 Russians for "defrauding America" by discrediting Hillary Clinton using social media.
Dr. Paul, a three-time American presidential candidate and the founder of the Ron Paul Institute for Peace and Prosperity, made the remarks in an interview on Monday, after thirteen Russians and three Russian companies were charged with conspiracy to interfere with the US election.

On Friday, Mueller, who is investigating the alleged Russian meddling, indicted 13 Russian nationals and three Russian entities accused of interfering in elections in the United States.

The indictment alleges the goal of the Russians was to support then-candidate Trump and hurt his Democratic opponent, Hillary Clinton.

Trump has repeatedly denied allegations that his campaign colluded with Russians and has condemned the investigations. Russia has also denied the allegations. Trump has also labeled Mueller’s investigation as a “witch hunt,” and has suggested that Russians might have meddled in favor of Clinton.

“I first started wondering what was going on and thought this whole thing was a mess from the very beginning, because when the story got in that Russians were involved and were messing around with our elections, they never asked a question how many times we do it,” Dr. Paul said.

“I figured out that well they did a little bit. How’s that to compare to the coups and all the things that we did but nobody wanted to talk about that,” he stated.

“But the whole thing is is Trump didn’t collude at all. We know that.  But there are some that still think that he could have. But they wanted to try to you know still blame him, and now they don’t have that much evidence,” he noted.

“When it was started and they were appointing Muller my first reaction was why is it that all the Republican leadership and the senators, they wanted to say, ‘Yeah, this is important.’  They may have done this. They wanted to be on the moral high ground, and the first ones to be out there to advocate the impeachment of the president. So they were there. So the Republican and Democrats and probably the Deep State, they were all for Muller,” the political analyst said.

“And in this flip-flopping around in the accusations during the campaign, the FBI would help Hillary one day and then hurt her the next day.  And all along though I think the Deep State was behind that,” he added.

“And the Deep State or people behind it liked the idea of Muller. And Muller eventually comes now with this thing [the indictment], and it really fits into this assumption that Trump benefits. He pseudo-cleared, maybe they will leave him alone. And also Hillary is ignored,” Dr. Paul said.

“Ah. But it’s a bipartisan attack - It’s the Russians! They’re the only ones indicted; nobody dealing with the Trump campaign or with the Hillary campaign!  We didn’t hear much on the weekend about that,” he noted. “[N]obody is saying:  ‘Well, why isn’t he doing anything, talking about Hilary?’”

“Even the Trump people aren’t saying: ‘Hey look we’re clean, why aren’t you messing around and checking out Hilary?’” he said.

“No, it’s the Russians! So I think this is a big victory for the Deep State to march on with the antagonism toward Russia which I think is dangerous,” the analyst concluded.
Share It :
Related Stories 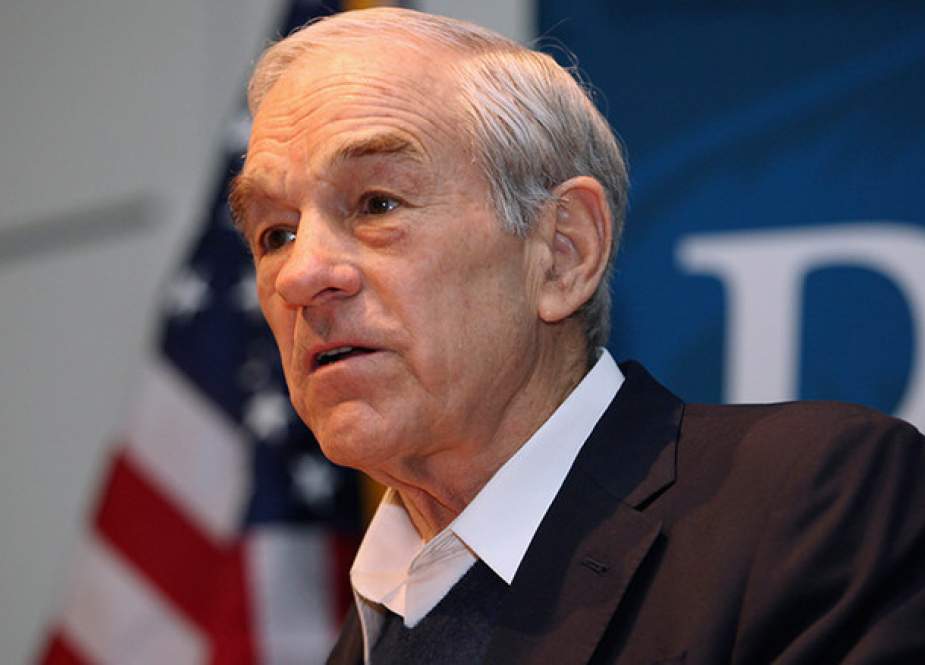