Story Code : 708282
Islam Times - Russian Foreign Minister Sergei Lavrov has accused the United States of hurdling international nuclear disarmament efforts by training European armies to use tactical nuclear weapons against Russia.
Addressing the United Nations Conference on Disarmament on Wednesday, Lavrov said the US military had deployed strategic and non-strategic weapons across Europe and was using them in joint military exercises with other European countries, including the NATO military alliance’s non-nuclear members.

"As we all know, these nuclear missions violate the Non-Proliferation Treaty (NPT), and non-nuclear states plan and take part in the US exercises and learn how to use the nuclear weapons," he said.

"It should be clear to one and all that the US military thereby prepares the European countries for using tactical nuclear weapons against Russia," Lavrov added.

Besides prohibiting proliferation of nuclear arms, the NPT bans states from transferring nuclear weapons and other nuclear explosive devices, or their control, to other countries.

Lavrov said the US nuclear pileup in European countries was "not just a Cold War rudiment, but an outspokenly aggressive stance."

Recollecting America's record as the only country to ever use nuclear weapons, Lavrov called on European people to stop the trend.

"I hope that the European citizens will manage to say a firm ‘NO’ to the deployment in their territory of weapons of mass destruction that belong to a country that had already used them once against the population of Hiroshima and Nagasaki," Lavrov said.

The top Russian diplomat said Moscow remained committed to a joint denuclearization agreement that requires both sides to downsize their arsenals.

According to Lavrov, Russia has cut its arsenal down by more than 85 percent under the Treaty on Measures for the Further Reduction and Limitation of Strategic Offensive Arms compared to what it was at the height of the Cold War.

The treaty, which was signed in 2010 and entered into force a year later, stipulates reducing nuclear warheads to 1,550 while slashing strategic carriers such as submarines and aircraft to 700 units.

Lavrov then pointed to America's revised nuclear weapons policy under President Donald Trump and said it had raised concerns in Moscow and overshadowed the "impressive achievements" of both sides in implementing the joint treaty.

The Nuclear Posture Review (NPR), which was released earlier this month, came largely to counter Russia and China, effectively ending efforts by former President Barack Obama to reduce the size and scope of the US arsenal and minimize the role of nuclear weapons in the country's military doctrine.

Additionally, the report called for the development of new nuclear sea-launched cruise missiles (SLCMs) and the deployment of the Trident D-5 submarine-launched ballistic missiles (SLBMs) that will be modified to have lower yield nuclear warheads.

Lavrov said that the NPR "enhances the role of nuclear weapons in different ways, including the creation and deployment of low-yield warheads, thus lowering the threshold of using nuclear weapons."
Share It :
Related Stories 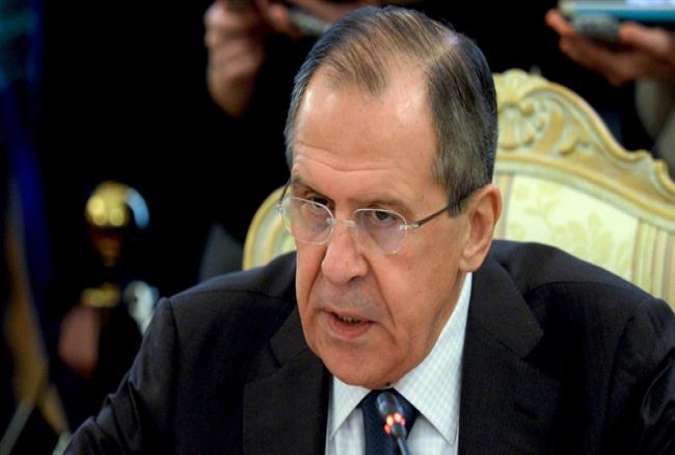