Story Code : 721672
Islam Times - Russian President Vladimir Putin and his French counterpart Emmanuel Macron agree on the need to preserve and fully implement the Iran nuclear deal, the Kremlin says in a statement.
The Russian and French leaders held a phone conversation on Monday as a May 12 deadline looms for US President Donald Trump to decide on whether to scrap the nuclear deal, officially known as the Joint Comprehensive Plan of Action (JCPOA).

"The presidents of Russia and France spoke in favor of keeping the Plan and its strict observance," the Kremlin said.

According to the statement, the phone call took place at the initiative of the French administration after Macron called Putin to inform him of his talks with Trump in the United States.

Macron's office also announced that the French president and Putin "expressed their common will to preserve the gains from the agreement."

In a phone call with his French counterpart on Sunday, Iran's President Hassan Rouhani said Tehran would not accept any limitation on its nuclear program beyond commitments undertaken as per the JCPOA.

Rouhani said the JCPOA is not open to negotiation, stressing, “The fate of the JCPOA after 2025 will be determined by international law and Iran will not accept any limitations beyond its commitments.”

Trump is a stern critic of the nuclear deal reached between Iran and the five permanent members of the UN Security Council - the United States, France, Britain, China and Russia - plus Germany. Under the agreement, nuclear-related sanctions put in place against Iran were lifted in exchange for curbs on Tehran's nuclear program.

The US president on January 12 reluctantly agreed to waive sanctions against Iran that were lifted as part of the landmark deal, but threatened to withdraw from the accord if some "disastrous flaws" were not fixed.

He said he wanted America's European allies to use the 120-day period before sanctions relief again came up for renewal to agree to tougher measures and new conditions; otherwise Washington would pull out of the deal.

Other parties to the agreement have all criticized Trump’s hostile views, saying the deal is sound and has proven to be functioning.

The leaders of Britain, France and Germany once again on Sunday reaffirmed their support for the landmark nuclear deal with Iran, noting that it is the best way to keep limitations on Iran's nuclear program in place.

According to a statement by the office of Britain's Prime Minister Theresa May, the French president and German Chancellor Angela Merkel made the remark in separate phone calls with the British premier.

Speaking at the US Congress Wednesday on the final day of a three-day state visit to Washington, Macron said Paris would not leave the Iran nuclear deal.

The French president added that the JCPOA was not addressing what he called “all concerns,” but stressed that the deal could not be ditched.
Share It :
Related Stories 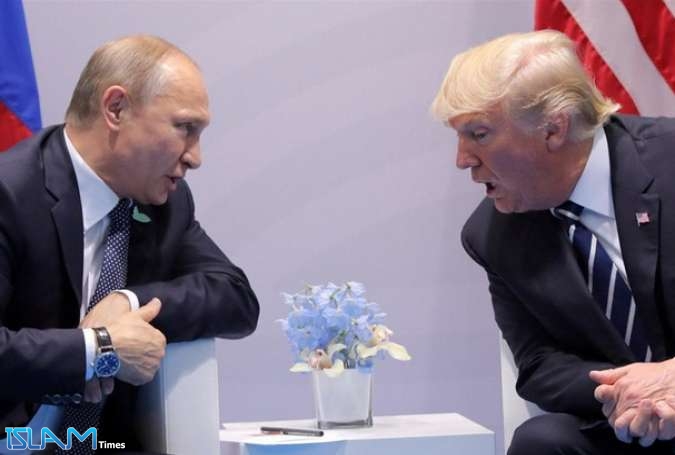