Tel Aviv will be bombarded if Israeli aggression on Gaza continues: Islamic Jihad

Story Code : 727037
Islam Times - The Palestinian Islamic Jihad resistance movement has warned that it will target Tel Aviv in case the Israeli regime presses ahead with its acts of aggression against the impoverished and besieged Gaza Strip.
Islamic Jihad spokesman Daoud Shihab said on Wednesday that Israel is desperately looking for a military confrontation with the resistance movement as a way out of the current impasse it has faced in the wake of the recent "Great March of Return" protests.

Shihab added that the latest Israeli airstrikes on several sites in the Gaza Strip point to the Tel Aviv regime’s defeat, failure and helplessness in the face of the voice of truth, which is more powerful than the terrorism being waged by Israel.

He stressed that the Islamic Jihad resistance movement is fully prepared for any Israeli military aggression, warning Israeli Prime Minister Benjamin Netanyahu and members of his cabinet that Tel Aviv will get bombed if they continue their aggressive policies towards the Gaza Strip and its residents.

“We have the ability to carry out such a thing. We have nothing to lose. No one will then have the right to hold us responsible for the escalation. At that time, Netanyahu will not be able to continue with his deception to justify his failures,” Shihab pointed out.

Earlier on Wednesday, Israeli fighter jets destroyed a Palestinian boat in Gaza seaport that was supposed to welcome an international flotilla hoping to break the decade-long Israeli blockade on the coastal sliver.

Local sources, speaking on condition of anonymity, said the airstrikes also targeted a military facility of Hamas movement in northern Gaza Strip. There were no reports of casualties in the assaults.

The Israeli military frequently bombs the Gaza Strip, with civilians being the main target of such attacks.

Israel has also launched several wars on the Palestinian coastal sliver, the last of which began in early July 2014. The military aggression, which ended on August 26, 2014, killed nearly 2,200 Palestinians. Over 11,100 others were also wounded in the war. 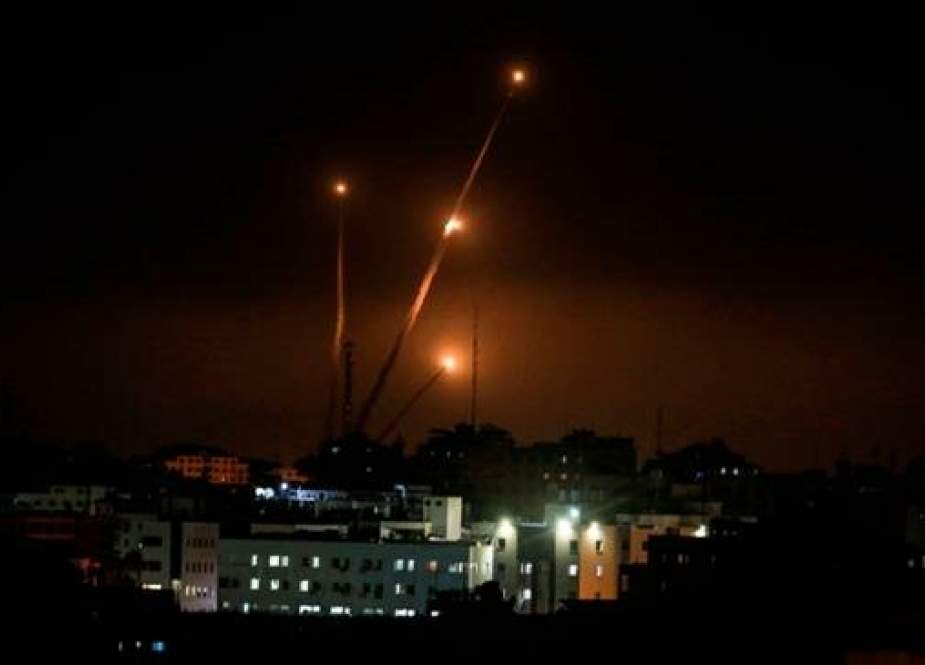