Story Code : 730687
Islam Times - Russian Foreign Minister Sergei Lavrov says his country has never “asked to be allowed back” to the G8 group of industrial nations as it believes that Russia is currently working perfectly well in other formats, including the G20 that is the most promising platform in the long run.
“When our western partners decided to return to the G7 format, we accepted their decision and have been working on other platforms since then,” the Russian foreign minister said in an interview with Channel One Russia on Saturday, adding that members of the Shanghai Cooperation Organization (SCO), BRICS, and the G20 “share our approaches.”

The G8, which once grouped Russia, Canada, the US, the UK, France, Italy, Japan and Germany, decided in March 2014 to temporally suspend Russia’s membership and reformat as the G7, whose 44th summit is currently being held in the Canadian town of La Malbaie, north of Quebec.

The suspension of Russia's participation in the inter-governmental political forum occurred shortly after the Black Sea peninsula of Crimea rejoined Russia in a referendum with other members of the group accusing Moscow of “annexing” the region.

Moscow, however, strongly rejected the allegation, saying that it had been the Crimeans' will displayed in the plebiscite, in which 96.8 percent of participants voted in favor of the move, to become part of the Russian Federation, and not an occupation or a forced annexation as they claim to be. In early 2017, Russia announced its permanent withdrawal from the G8.

Shortly before departing for Canada to attend the G7 summit on Friday, US President Donald Trump said Russia should be readmitted to the group. His remarks shocked other G7 nations, prompting them to direct a barrage of criticism toward him.

“Why are we having the meeting without Russia being in the meeting? Russia should be in the meeting, it should be a part of it,” he said, adding, “We have a world to run and in the G7, which used to be the G8 they threw Russia out, they should let Russia come back in.”

Lavrov, however, said his country had no intention to return to the G7, as Moscow assumed that the G20, an international forum for the governments and central bank governors from 19 countries plus the European Union, “is a mechanism for achieving consensus.” He added that the G20 “is the most promising platform for the future.”

The G7 summit came a day after thousands of demonstrators staged rallies in Quebec City and burned US and British flags to protest against the world leaders' gathering amid heavy riot police presence.
Share It :
Related Stories 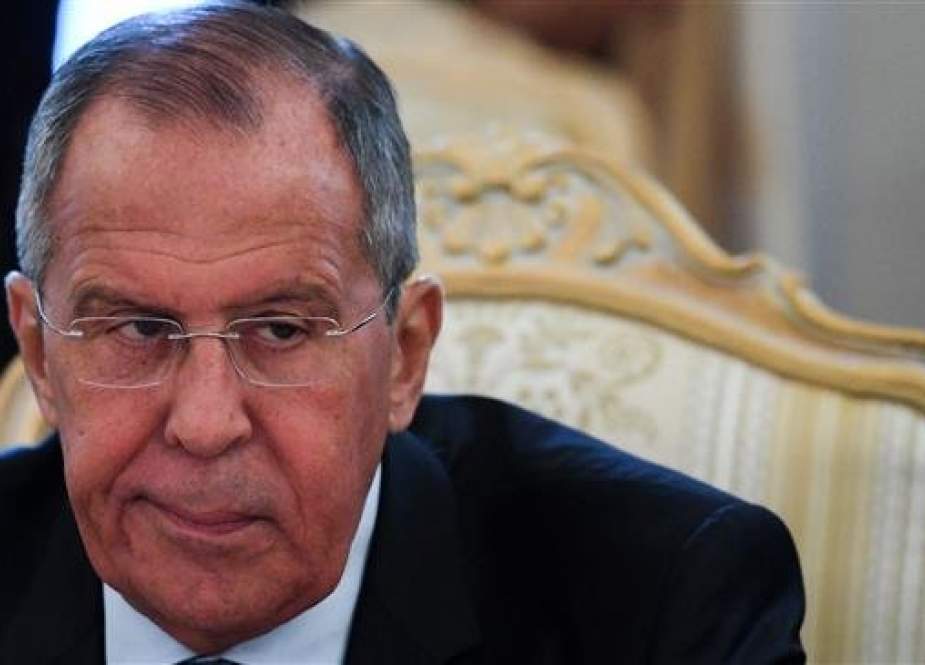