Story Code : 732237
Islam Times - Iraq’s Popular Mobilization Units (PMU), better known by the Arabic name Hashd al-Sha’abi, say a US airstrike on the Iraqi border with war-torn Syria has claimed the lives of nearly two dozen of its fighters and wounded a dozen others.
“At 10 p.m. [local time] last night a US aircraft hit a standing headquarters of the brigades 45 and 46 of the Hashd al-Sha’abi forces defending the border strip with Syria using two guided missiles which led to the martyrdom of 22 fighters and the injuries of 12 others,” the paramilitary forces said in a statement on Monday.

The PMU, which located the air raid at “700 meters inside Syria,” also, demanded “an explanation” on the deadly strike from the American forces present in the region. It added that such air raids, conducted by the US fighter jets, against its fighters had been “repeated throughout the years of” Washington’s so-called war on “terrorism” in the Arab country.

Hashd al-Sha’abi is an Iraqi state-sponsored umbrella organization composed of some 40 groups, which are mainly Shia Muslims. The force reportedly numbers more than 100,000 fighters. Iraqi authorities say there are between 25,000 and 30,000 Sunni tribal fighters within its ranks in addition to Kurdish Izadi and Christian units.

The fighters have played a major role in the liberation of Daesh-held areas to the south, northeast and north of the Iraqi capital Baghdad, ever since the Takfiri terrorist group launched an offensive in the country in June 2014.

The Iraqi parliament on November 26, 2016 approved a law giving full legal status to Hashd al-Sha’abi fighters. It recognized the PMU as part of the national armed forces, placed the volunteer fighters under the command of the prime minister, and granted them the right to receive salaries and pensions like the regular army and police forces.

In December 2016, the Iraqi central government in Baghdad warned Saudi Arabia of the ramifications of meddling in Iraq’s internal affairs, after Saudi Foreign Minister Adel al-Jubeir said Iraq could not realize unity with the presence of the Hashd al-Sha’abi forces.

Riyadh has repeatedly labeled the PMU as a Shia movement and called for the dismantling of the group. However, Baghdad has time and again condemned allegations of sectarian nature against the paramilitary troopers.
Share It :
Related Stories 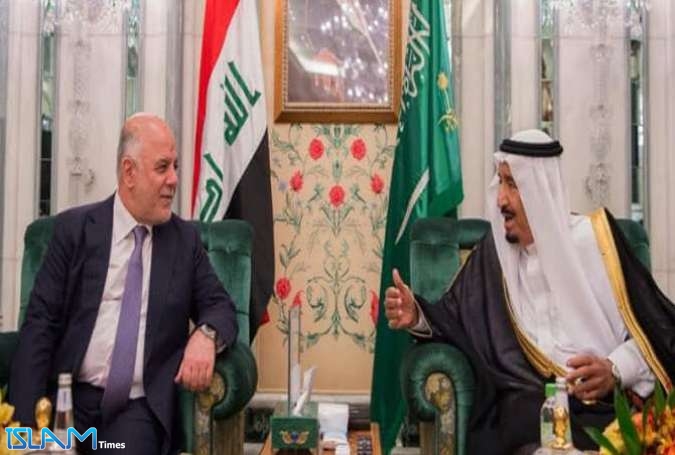 Riyadh-Baghdad Relationship Outlook in Shadow of New Regional Order
Islam Times - The Saudi-Iraqi long-term chilly relationship has sailed out of the doldrums following exchange of visits by the two countries' officials,...
Pakistan faces political turmoil as PM Sharif is ousted