West's 'adventures' in Mideast play into hands of terrorists: Lavrov

Story Code : 734675
Islam Times - Russian Foreign Minister Sergei Lavrov says the West's interventions in the Middle East and North Africa benefit Takfiri terrorist groups operating in the region.
In an interview with the UK's Channel 4 on Friday, Lavrov said that the West's “adventures” over the past couple of decades have created al-Qaeda in Afghanistan, Daesh in Iraq and Jabhat al-Nusra in Syria.

In Syria, he said, "there is another beast that was born - Jabhat al Nusra, which changes names, but is another terrorist organization."

"Whatever the civilized West is trying to bring to the Middle East and North Africa turns out to be in favor of terrorists," he added.

No deadline for Syria withdrawal
Asked about a possible withdrawal of Russian forces from Syria, Lavrov stressed that Moscow has set no deadline for such a pullout and that everything depends on the situation.

"We do not like artificial deadlines, but we have been consistently reducing our military presence in Syria. The last reduction took place a few of days ago. More than 1,000 troops have come back to Russia, some aircraft and other equipment as well. It depends on what is the actual situation on the ground," he said.

The top Russian diplomat further noted that Moscow, along with the Syrian army, had managed to foil Daesh plans to create a so-called caliphate.

Daesh remnants and Jabhat al Nusra militants, however, are preventing the full implantation of a de-escalation zone deal in southern Syria, he said.

"So there are some leftovers. Besides, we do have, not actually full-fledged bases, but two places where our naval ships and our aircraft are located in Syria and they might be usefully kept for quite some time," Lavrov pointed out.

Russian jets have been conducting air raids against Daesh and other terror outfits inside Syria at the Damascus government’s request since September 2015.

Elsewhere in his interview, Lavrov praised Syrian President Bashar al-Assad for "protecting his country and in a broader sense the region from terrorism," adding that the future of the Arab country must be decided by its own people.

Putin, Trump to exchange views on Syria: Kremlin
Separately on Friday, Kremlin spokesman Dmitry Peskov said that Syria will be discussed comprehensively during a meeting between Russian President Vladimir Putin and his American counterpart, Donald Trump, due in the Finnish capital, Helsinki, on July 16.

Peskov also said that he had no idea about a recent CNN report, which cited a source as saying that Trump believes he could strike a deal with Putin on Syria that will allow the US to "get out ASAP."

“I have no idea what the CNN report is based on, if there is something real behind this report. We know nothing and cannot but feel surprised,” he said.

The Pentagon says there are about 2,000 US troops in Syria.
Share It :
Related Stories 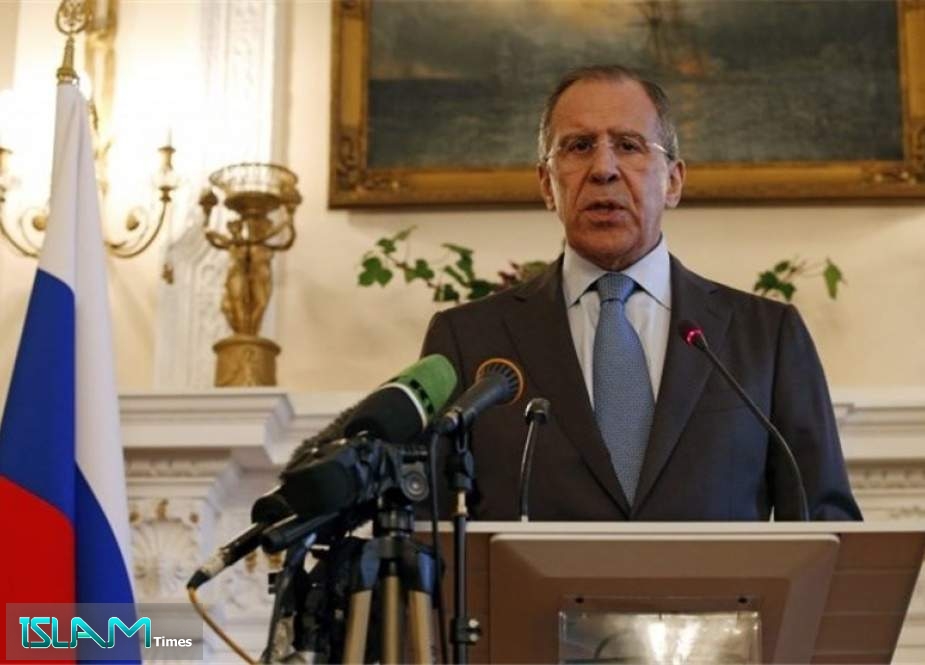