Story Code : 735056
Islam Times - The International Committee of the Red Cross (ICRC) says it is not yet safe for thousands of Rohingya Muslims living in overcrowded refugee camps in Bangladesh to begin returning to their homeland of Rakhine state in Myanmar.
Peter Maurer, the ICRC president, said on Sunday that a lot more was needed to improve the situation he witnessed in Rakhine during an official visit recently.

"What I've seen in terms of destruction of villages, abandonment of situations, disruptions in markets, of livelihood, of communities, I don't think the present moment is an ideal condition to return," Maurer said in Chakmakul camp for Rohingya refugees in southeast Bangladesh.

"We need to prepare the ground for returns for those who wish to return."

UN Secretary-General Antonio Guterres, who discussed the issue of Rohingya with Bangladeshi Prime Minister Sheikh Hasina in the Bangladeshi capital, Dhaka, on Sunday, will make his first visit to the Rohingya camps on Monday.

Guterres is to study the prospects of "a safe, voluntary and dignified return" of the refugees to Myanmar.

Relief agencies, however, have warned that conditions in Rakhine remain too unsafe to consider repatriating the Rohingya.
More than 700,000 members of the Rohingya minority have fled the state-sponsored violence in Myanmar to Bangladesh over the past ten months.

Bangladesh and Myanmar agreed in November last year to begin repatriating the Rohingya but the process has stalled. The vast majority refuse to contemplate returning until their rights, citizenship and safety are assured.

A delegation of the UN Security Council visited Rakhine in early May. The group met with refugees who gave detailed accounts of killings, rape and torching of villages by Myanmar's military.

The United Nations says it has strong suspicions that “acts of genocide” have taken place against the Rohingya, who have lived in Myanmar for generations but are denied citizenship and are branded illegal immigrants from Bangladesh, which likewise denies them citizenship.
Share It :
Related Stories 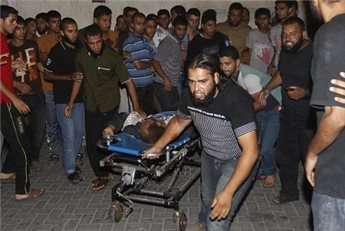 US Claims it has Right to Attack Iran is not ‘Restoration of Deterrence,’ it's Return to the Wild West
Iraq Captures Morbidly Obese Daesh Preacher 'Jabba the Jihadi' in Mosul, Netizens in Hysterics
US Electronic Jamming Caused Ukrainian Plane Crash: Former CIA Officer
Volcano Blankets Philippine City in Ash