Story Code : 748162
Islam Times - The UK Labour Party has adopted a Zionist-endorsed definition of anti-Semitism after coming under immense pressure by Jewish groups in Britain, while also ensuring the free criticism of Israel, as the party seeks to end a simmering row over anti-Semitism within its ranks.
In a meeting on Tuesday, Labour’s national executive committee (NEC) issued a clarification emphasizing the right to free speech when discussing the issue of Israel and Palestine.

The adoption of the statement came along with NEC’s full endorsement of an Israeli-endorsed definition of anti-Semitism.

Opponents of Labour Party leader Jeremy Corbyn had for weeks pressured him to accept a broader definition of anti-Semitism.

A party spokesperson said NEC had ensured that adoption of the multi-national code on anti-Semitism would not hamper the rights of those seeking to criticize Israel and its extensive crimes against the Palestinians.

The official said the statement clarifying the issue should ensure that the anti-Semitism code ”will not in any way undermine freedom of expression on Israel or the rights of Palestinians.”

The NEC meeting came as some 100 people supporting Corbyn and his pro-Palestinian positions gathered for a protest outside the party’s headquarters on London’s Victoria Street to express their dissatisfaction at the adoption of the anti-Semitism code.

The protesters said they fear the code could inhibit legitimate criticism of Israel, insisting that "Anti-Zionism is not anti-Semitism."
Corbyn and his allies in Labour’s leadership had come under immense attacks for their refusal to adopt a broad definition of anti-Semitism, especially one that could restrict criticism of Israel.

Corbyn sought to clarify that Labour wanted to allow Jews who were critical of Israel to practice their rights. He also announced repeatedly that his own criticism of Israel’s actions against Palestinians had nothing to do with the dislike of Jews.

Labour's deputy leader, Tom Watson, said he hoped "today is the start of a new conversation with the Jewish community in Britain."
Share It :
Related Stories 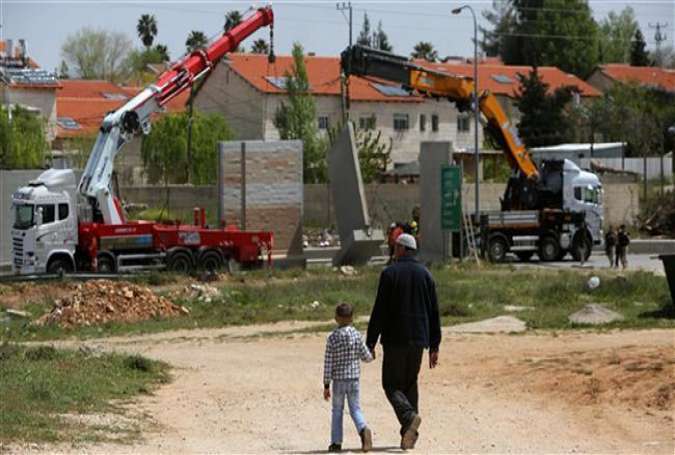 Israeli minister accuses EU of ‘anti-Semitism’
Islam Times - An Israeli minister has accused the European Union of “disguised anti-Semitism” in response to a decision by the EU to start labeling products made in the illegal Israeli ...
With Panorama's hatchet job on Labour antisemitism, BBC has become pro-Tory media
Israel’s sliding definition of anti-Semitism in the Trump era
Why Corbyn Lost UK Election, What Role Antisemitism Played
France: Hundreds attend rally against anti-Semitism in Lyon
House Bill Forces Trump to Nominate “Anti-Semitism Envoy” Who Would Monitor Criticism of Israel
Must Jews Always See Themselves As Victims?
Charges 'Without Merit' - Jeremy Corbyn, Antisemitism, Norman Finkelstein and Noam Chomsky
Comment
How Israel stole this fisherman’s sight and sense of smell
Dozens of Palestinians Injured in Clashes with Zionist Occupation Forces in Southern West Bank
Trump Right to Purge Intel
Iran Votes