Story Code : 750074
Islam Times - Russian Foreign Minister Sergei Lavrov has lambasted Britain for using the poisoning case of Russia’s ex-double agent Sergei Skripal in the UK to rally its European partners against Moscow at a time when Brexit is isolating London.
“There are no facts which we can address meaningfully,” Russia’s top diplomat said at a press conference following a meeting with his German counterpart Heiko Maas in Berlin on Friday, adding, “It is pointless to have this discussion and we confirmed to our German partners that we see no proof.”

Back on March 4, British authorities said that Skripal, 66, and his 33-year-old daughter, Yulia, had been hospitalized after they were found unconscious on a bench outside a shopping center in the city of Salisbury.

Days later, they announced that both victims had been exposed to Novichok, a highly lethal chemical weapon purportedly developed under a secret Soviet program, accusing Moscow of carrying out the attack yet declining the Kremlin’s request for a sample of the chemical agent.

The Kremlin has vehemently and repeatedly rejected any involvement, saying the substance could have originated from the countries studying Novichok, including the UK itself, Slovakia, the Czech Republic and Sweden.

However, London and Washington, along with their European allies, keep accusing Moscow of having orchestrated the alleged poisoning attack.

Earlier this week, British police named Alexander Petrov and Ruslan Boshirov, two Russian nationals, as the main suspects in the attempted murder of Skripal. The Kremlin was quick in flatly rejecting the accusation as “unacceptable.”

The suspects themselves said, during an interview with the Russia Today television station, that they were innocent tourists who had flown to the UK for fun and visited the city of Salisbury to see its cathedral.

The British authorities, however, accused the suspects of being members of Russia’s GRU military intelligence who “highly likely” conducted the purported poisoning attack, and called their interview an example of “obfuscation and lies.”

Lavrov hit out at London during his visit to the German capital, saying, “The ‘highly likely’ principle isn’t appropriate in this case, which British colleagues are using to rally their European partners against Russia. This is linked to Brexit - that’s why London is doing this.”

He also said that he doubted that evidence furnished by Britain to its allies in the affair was convincing.

On Wednesday, Russian President Vladimir Putin also said that the two suspects were “civilians” and not criminals, adding that there “is nothing criminal here.”

In reaction, the Russian Embassy in London posted a series of tweets questioning the credibility of British allegations, citing the intelligence evidence used to build the case for the 2003 invasion of Iraq.

The UK reported another attack on a British couple with the same nerve agent in the nearby town of Amesbury. One of the two citizens, Dawn Sturgess, died in July. Russia strongly rejected the idea that Moscow could have been behind the poisoning incident.
Share It :
Related Stories 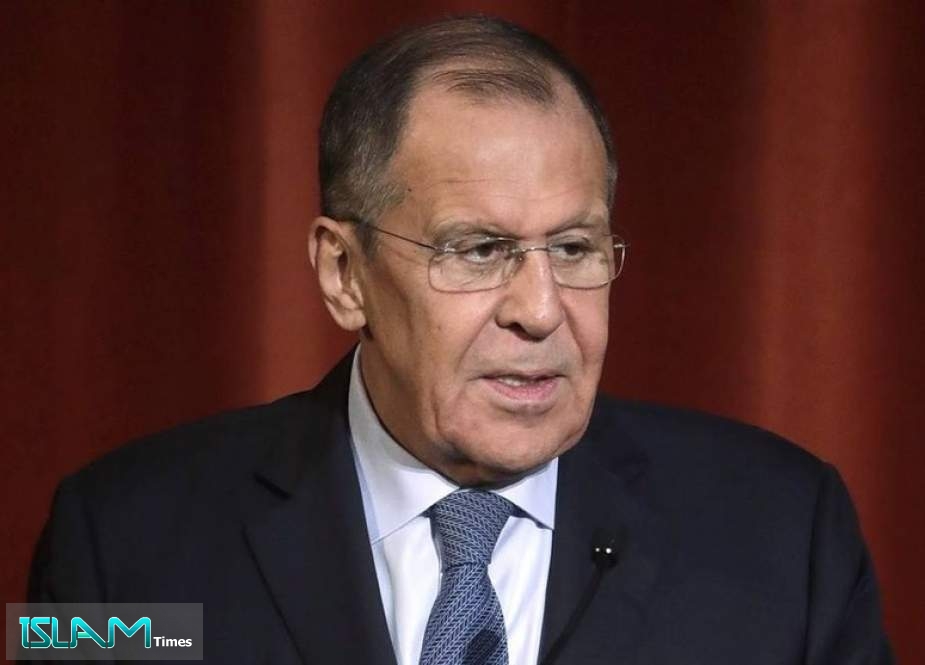 Nuclear Powers Should Once Again Declare Inadmissibility of Nuclear War: Lavrov
Islam Times - Russia is working with other nuclear powers to once again confirm the principle of inadmissibility of nuclear war, Russian Foreign ...
US’ Assassination of Gen. Soleimani ‘Brazen Violation of Intl. Law': Lavrov
Foreign-Based “Syrian opposition” not Serving Country’s Interests: Lavrov
Trump's recognition of Golan annexation violates UN Charter: Russia's Lavrov
Russia to take tit-for-tat measures if US deploys new missiles in Europe: Lavrov
US involved in ‘bloody provocations’ against Russian forces in Syria: Lavrov
US not acting against al-Nusra terrorists in Syria's Eastern Ghouta: Lavrov
Iraqi Officers Dismissed After 2003 US Invasion Now Daesh Backbone - Lavrov
Comment
Maduro Accuses US of Allowing CIA to Carry Out “Terrorist” Actions in Venezuela
House of Rep. Passes Continuing Resolution Averting Gov’t Shutdown
Catastrophic Health Situation in Yemen and the UN Is Mute
The Northern Shield Plan Does Not Fortify the North
Trump: UN ‘Must Hold China Accountable for Their Actions’ Regarding Coronavirus Pandemic
Iran Monitoring Enemies in Region, Beyond: Army General
Theresa May Says Brexit Bill Risks UK’s Reputation
Israeli Occupation Army Causes Big Fire on Lebanese Side of Border
Turkey Slams EU Sanctions over Libya Arms Embargo
Gantz Heads to US with Shopping List of Weaponry
Iraq’s Sadr: Israel Would Mark Own Ending by Opening Embassy in Baghdad
Rights Groups: UAE Hires Thousands of Mercenaries to Carry Out Assassinations in S Yemen
Possible Targets for Taking Revenge for Gen. Soleimani
2,000 Days Since It Began, the War in Yemen Is Poised To Turn Even More Deadly
Why Is Iraq’s Al-Kadhimi Pushing To Cozy Up To Kuwait?
EU Parliament Urges Arms Embargo on Saudi Arabia
SA Minister: US Report of Iran’s Assassination Plot ‘Bizarre’
Five Nations Are Weighing Normalized Ties to ‘Israel’: Trump Aide
How US Takes Advantage of Terrorism for Purpose of Its Hegemony!
Ayatollah Khamenei: Sacred Defense Established Security in Iran, Enemies Will Pay Dearly If They Invade Country
Featured Stories