Story Code : 763917
Islam Times - Moscow says the United States is encouraging provocation between Russia and Ukraine over the recent confrontation off the coast of Crimea and the seizure of three intruding Ukrainian military vessels in Russian waters.
Russia’s Foreign Minister Sergei Lavrov told reporters in the Swiss city of Geneva on Wednesday that Washington should mediate between Ukraine and breakaway regions instead of defending Kiev.

The top Russian diplomat pointed out that Ukrainian warships had ignored maritime law on Sunday when they tried to enter the Kerch Strait, aiming to create a scandal for domestic political purposes.

Elsewhere in his remarks, Lavrov asserted that the US encouragement for such acts “saddens me greatly.”

The remarks come after Russian President Vladimir Putin accused his Ukrainian counterpart Petro Poroshenko of orchestrating a naval “provocation” in the Black Sea at the weekend to bolster his popularity ratings before an election next year.

“It was without doubt a provocation,” Putin said on Wednesday. “It was organized by the president ahead of the elections. The president is in fifth place ratings-wise and therefore had to do something. It was used as a pretext to introduce martial law.”

The Russian president, who was speaking at a financial forum in Moscow, said the US-led West was ready to forgive Ukrainian politicians their shortcomings because it bought into the anti-Russian narrative that Kiev was promoting.

Putin asserted that the Ukrainian vessels had clearly been in the wrong.

“Military vessels intruded into Russian territorial waters and did not answer [the border guards] ... What were they supposed to do?” he said.

“They would do the same in your country, this is absolutely obvious,” he told a foreign investor, adding, “These territorial waters were always ours, even before Crimea joined Russia.”

Meanwhile, Russia has planned to deploy more of its advanced S-400 air defense systems to Crimea.

Last week, Russia seized three Ukrainian ships along with 24 sailors. Moscow accuses Ukraine of illegally intruding into the Russian territorial waters. Kiev however, says the ships had a right to pass freely in the area under international law.

Kiev's Western allies have also accused Moscow of using force without justification in the recent naval confrontation through the Kerch Strait in the Azov Sea.

On Tuesday, senior politicians from Germany, Austria, Poland and Estonia signaled a tougher line towards Russia over the latest flare-up in the conflict. The European Union also said it would consider further sanctions against Russia next month following the seizure of the Ukrainian military vessels.

The United States and EU have already imposed sanctions on Russia over the ongoing Ukraine crisis.

The Sea of Azov is a strategic ocean route linked to the Black Sea by the narrow Strait of Kerch where Russia has built a bridge to link the Crimean Peninsula with the mainland.

Tensions escalated earlier this year after Ukraine detained two Russian ships for port calls on Crimea, which rejoined Russia in a 2014 referendum.

Moscow described the move as "maritime terrorism" and increased patrols off its Azov coast to guarantee free navigation by Russian ships.
Share It :
Related Stories 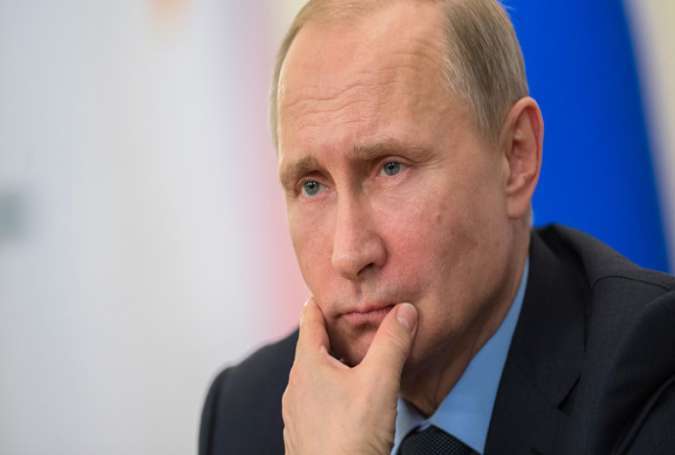