US says to continue Saudi war support despite 'pressures'

Story Code : 765760
Islam Times - The US government says it wants to continue support for the Saudi war on Yemen despite mounting criticism over the humanitarian crisis in the impoverished country.
US Deputy Assistant Secretary for Persian Gulf Affairs Timothy Lenderking said on Sunday Washington's backing for the Saudi war is "necessary" and that its discontinuation "sends a wrong message."

“Obviously there are pressures in our system ... to either withdraw from the conflict or discontinue our support of the coalition, which we are strongly opposed to on the administration side,” he told a security forum in the UAE.

Last month, the US Senate voted to advance a resolution calling for an end to US military support for the Saudi-led coalition, including arms sales and intelligence sharing.

It came in the wake of  the gruesome murder of dissident Saudi journalist Jamal Khashoggi inside the kingdom's Istanbul consulate on October 2.

The CIA is said to have concluded that Saudi Crown Prince bin Salman had “probably ordered” the murder.

A recent briefing by CIA Director Gina Haspel hardened US senators' resolve to act against bin Salman and pull back from Yemen.

The murder has also brought the Saudi war on Yemen, especially its huge civilian toll, and the US role in the conflict under scrutiny.

Last month, the United States halted its refueling of Saudi aircraft, which have been blamed for thousands of civilian deaths in airstrikes in Yemen.

The US official's reassurances of continued support come as Sweden is hosting the first UN-led peace talks in two years between the warring parties.

"We do believe that the support for the coalition is necessary. It sends a wrong message if we discontinue our support," Lenderking said.

The discussions began on Thursday between delegations from Yemen’s Houthi movement and the country’s former Saudi-backed regime but there has been no breakthrough yet.

Mohammed Abdulsalam, the head of the Houthi delegation at the discussions, said on Saturday they had traveled to Sweden for peace, but not to surrender.

In an interview with the Lebanon-based al-Mayadeen TV, Abdulsalam said Saudi airstrikes on the strategic port city of Hudaydah continued as he spoke. The air raids, he said, should stop and the aggressors return to their positions.

Abdulsalam also raised concerns about the situation of Yemenis held in UAE-run jails.

Saudi Arabia and the UAE launched an offensive against Hudaydah in June but they have hit a stiff brick wall in the face of a strong resistance put up by the city's protesters.

On Friday, the Houthis strongly rejected demands to hand over Hudaydah and to allow inspections of flights to Sana’a airport.

The main Houthi negotiator also called for the formation of a transitional government with the participation of "all political parties", but the proposal was rejected by the Saudi side.

The brutal Saudi-led war was launched in March 2015 in an attempt to reinstall Yemen's former Riyadh-allied regime and crush the Houthis, who have been running state affairs in the absence of an effective government.

In their latest joint statement, UNICEF and the World Food Program said that up to 20 million Yemenis — two-thirds of the country's population — are food insecure.
Share It :
Related Stories 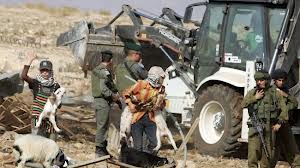