Story Code : 769181
Islam Times - An Israeli intelligence website has refuted Tel Aviv's claims that a recent aerial raid in Syria had targeted Iranian military advisers and Hezbollah fighters, saying the attack actually hit Syrian army positions.
The DEBKAfile cited "highly credible" US military sources as saying that Israel had decided to take advantage of the chaos generated by Washington's decision to withdraw forces from Syria and Turkey’s threat to launch an operation in the Arab country's north.

Tel Aviv's purpose of the Syria offensive was to disable the Syrian military sites, they added.

The second phase of the attack came after the F-16 missiles failed to reach their targets, DEBKAfile reported.

The Israeli army claimed in a tweet that it had prevented “the establishment of Iranian military capabilities in Syria."

Initial Israeli media reports speculated that a 747 cargo jet, belonging to Iran’s Fars Air Qeshm, had been the target of the Israeli attack at the Damascus airport.

However, ImageSat International, an Israeli satellite imaging company, released photos of what it alleged to be an Iranian warehouse near Damascus flattened by Israeli strikes.

Syrian state media reported that Syria's air defenses had confronted "hostile" missiles launched by Israeli warplanes from over the Lebanese territory and downed most of them before they reached their targets.

The aggression, they added, damaged an ammunition warehouse and injured three Syrian soldiers.

Israel frequently attacks military targets inside Syria in what is considered as an attempt to prop up Takfiri terrorist groups that have been suffering heavy defeats against Syrian government forces.

On the contrary, Iran has been offering advisory military assistance to the Syrian government in its counter-terrorism battle at the request of Damascus.

US President Donald Trump unexpectedly announced last week that the US would be pulling all its 2,000 forces out of Syria, in a move widely seen as a victory for Damascus and its allies.

But senior Israeli political and military figures criticized the US planned Syria withdrawal as a "surrender."

"The surrender of the Americans from Syria is a failure of Netanyahu's foreign policy. It clears the way for Iran's expansion and narrows Israel's ability to bargain with the Russians," tweeted Yair Lapid, leader of the opposition Israeli Yesh Atid party.
Share It :
Related Stories 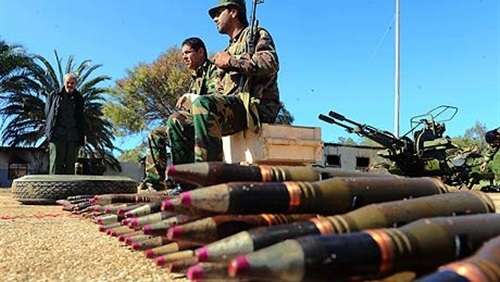