Trump is right on Syria, US pullout must be done with right partners: Erdogan

Story Code : 770907
Islam Times - The Turkish leader says US President Donald Trump’s plan to pull military forces out of Syria should be put into action carefully and with the “right partners,” saying Turkey is the only country that can help its NATO ally get the job done.
In an opinion piece published in The New York Times on Monday, President Recep Tayyip Erdogan said his American counterpart “made the right call” last month to withdraw some 2,000 US forces from Syria.

The withdrawal, Erdogan said, “must be planned carefully and performed in cooperation with the right partners to protect the interests of the United States, the international community and the Syrian people.”

“Turkey, which has NATO’s second largest standing army, is the only country with the power and commitment to perform that task,” Erdogan wrote.

The Turkish head of state further warned the international community against repeating the same mistakes Washington and its allies made in Iraq.

Trump had said the US was leaving Syria because the mission to defeat the Daesh terror group had been accomplished.

“The lesson of Iraq, where this terrorist group was born, is that premature declarations of victory and the reckless actions they tend to spur create more problems than they solve,” Erdogan wrote.

He went on to say, “The first step is to create a stabilization force featuring fighters from all parts of Syrian society. Only a diverse body can serve all Syrian citizens and bring law and order to various parts of the country.”

Erdogan comments come amid uncertainty surrounding the timeframe for the US exit. Trump administration officials have recently made clear that the troop withdrawal from northeastern Syria would not happen quickly.

On Monday, Trump said the US “will be leaving [Syria] at a proper pace,” while continuing to fight Daesh terrorists “and doing all else that is prudent and necessary!”

A day earlier, Trump’s national security adviser John Bolton added a new condition to the US withdrawal from Syria, saying Turkey must agree to protect US-backed Kurdish People’s Protection Units (YPG) militia in Syria, which is viewed by Ankara as a terrorist group.

“We don’t think the Turks ought to undertake military action that’s not fully coordinated with and agreed to by the United States at a minimum so they don't endanger our troops, but also so that they meet the president’s requirement that the Syrian opposition forces that have fought with us are not endangered,” Bolton said.

Bolton, who arrived in Ankara on Monday, said during talks with Turkish officials, including President Erdogan, he would stress that Kurdish militants must be safeguarded.

Bolton is expected to discuss the details of the US pullout from Syria with Turkish officials, among other issues.

The US has been arming and training Kurdish militants under the banner of helping them fight Daesh, but Syria and several other countries see ulterior motives behind the deployment.

Syria and its allies pushed the Takfiri terrorist group out of its last stronghold in the eastern province of Dayr al-Zawr early last year.

Turkey, a key US ally in the region, has repeatedly questioned Washington’s deployment of heavy weapons in Syria despite the defeat of Daesh in much of the Arab country.

Ankara views the YPG as a branch of the Kurdistan Workers’ Party (PKK), which has been fighting a decades-long deadly war against Turkey for an independent state in the country’s southeast.

Kurdish forces, who were left exposed by Trump’s pledge to pull out American soldiers from Syria, have asked Syrian government forces for help amid indications that Turkey is considering a military campaign against them.

Over the past two years, Turkey has conducted operations against Kurdish militants in parts of northern Syria that lie west of the Euphrates River. It has not gone east of the river, partly to avoid direct confrontation with US forces.

In December, however, Erdogan announced plans to start a new military operation in Syria and then decided to delay it after Trump's announcement to withdraw troops.

Turkey has been infuriated by US support for the YPG, which forms the backbone of the so-called Syrian Democratic Forces (SDF), an anti-Damascus alliance of predominantly Kurdish militants.
Share It :
Related Stories 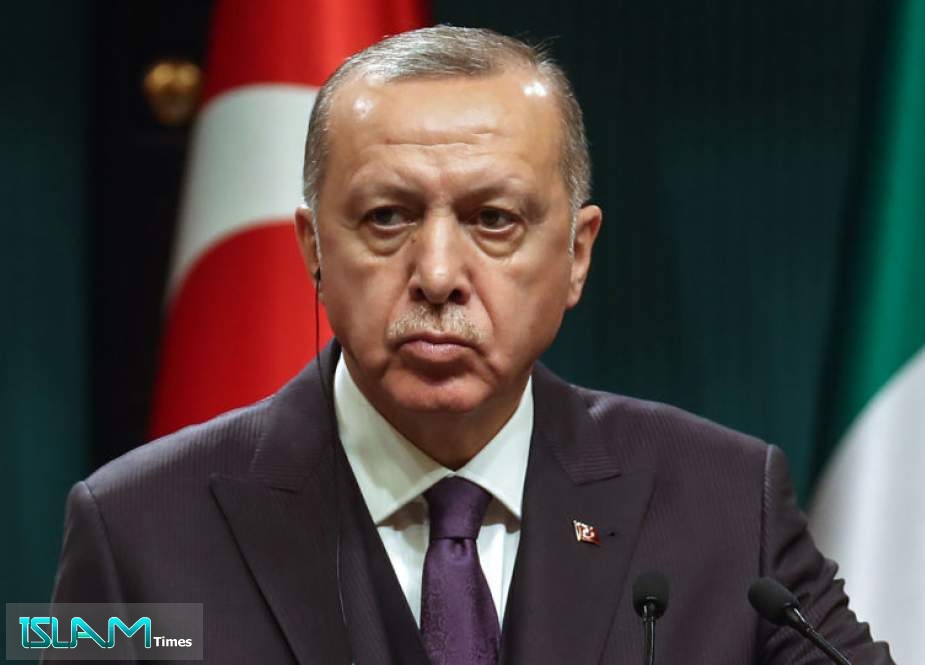