UK ministers: Brexit may be delayed, even cancelled

“Certainly, if there was defeat on Tuesday and it took some time before it got resolved, it’s hard to see how we can get all the legislation through by March 29.”

Also, another cabinet minister underscored the inevitability of a delay to Brexit by saying a short extension of Article 50 of the Lisbon Treaty is likely to be required to implement a deal that is approved.

“It will be difficult to pass the legislation by the end of March, even if the deal goes through,” the frontbencher told The Independent.
“But no one is going to object if we need a couple more weeks,” he added.

Meanwhile, Downing Street tried to play down the chances of any extension on Friday, saying that it was not “government policy.”
A government spokesperson said that May had "ruled out" extending Article 50.

This came after Foreign Secretary Jeremy Hunt warned earlier in the day that the UK faced the prospect of no-Brexit if May's deal was rejected.

On Wednesday, parliament approved a crucial amendment to May’s deal, allowing MPs to come up with their own alternative plans.

House of Commons Speaker John Bercow allowed MPs to vote on an amendment that forced May to prepare a Plan B within three days if her deal gets rejected on Tuesday.

A day earlier, lawmakers voted to block possible preparations for a no-deal Brexit by curtailing the government’s powers to amend laws that would allow smooth taxation after a disorderly divorce from the EU.
Share It :
Related Stories 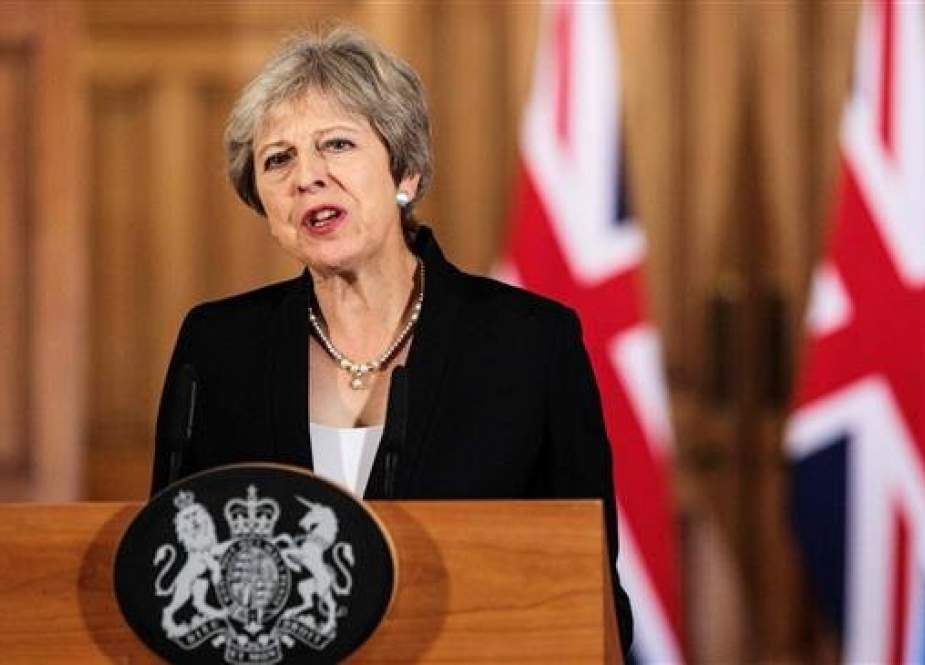 UK ministers may quit if May fails to offer alternative Brexit plan
Islam Times - A number of British Prime Minister Theresa May’s ministers have threatened to resign if she does not offer an alternative plan to ...
4 UK ministers on verge of quitting, EU rejects latest plan
40 UK ministers could resign over no-deal Brexit
‘UK ministers to discuss military action in Syria’
UK-EU freedom of movement will end in 2019: UK ministers
Comment
Tunisia: We will Hit any Target that Approaches our Airspace with Libya!
Pakistan: Iran Seeks to Reduce Tensions
4 People Killed in Utah Shooting
How the President Became a Drone Operator
Iraq Captures Morbidly Obese Daesh Preacher 'Jabba the Jihadi' in Mosul, Netizens in Hysterics
Pompeo Must Testify about the Assassination of Soleimani
Trump, Iran Coordinated De-escalation… for Now
Libyan Peace Talks and Russian Diplomacy 101
Volcano Blankets Philippine City in Ash