Story Code : 772596
Islam Times - Russian Foreign Minister Sergei Lavrov says Russia and Japan are still “far from being partners” on the international stage, despite renewed efforts to resolve a decades-old conflict over a group of Pacific islands claimed by both sides.
Lavrov made the remarks at a press conference in Moscow on Wednesday, ahead of a scheduled meeting between Russian President Vladimir Putin and Japanese Prime Minister Shinzo Abe in the Russian capital on January 22 for talks on the strategic Kuril Islands, taken over by the Soviet army in the final days of World War II.

In November last year, the two leaders agreed to increase efforts to finally sign a treaty ending territorial disputes over the islands, which are known as the Southern Kurils in Russia and the Northern Territories in Japan.

Moscow, however, maintains that Japan must recognize Russian sovereignty over the islands before progress can be made in bilateral peace talks.

“We are still far not only from being partners in international relations but also in finding constructive ways to make our relations better,” Lavrov said.

“Why is Japan the only country in the world that cannot accept the results of World War II in their entirety?” he said, adding that a call to recognize the results of the war was “neither an ultimatum nor a precondition but an inevitable and indispensable factor in today’s international system.”

Lavrov also pointed to some moves by Japan that had slowed the peace process between the two countries since the conclusion of the Second World War, such as Tokyo’s support for a number of sanctions against Russia and its votes against Moscow on some United Nations (UN) resolutions.

“It is hardly in line with the idea of bringing relations to a new level. Japan joins the G7’s statements aimed against Russia; but as for resolutions that Russia is interested in and that are put to the vote, Japan votes against us,” he said.

“We need to feel like partners with the Japanese on the international stage rather than two countries that are on the opposite sides of the fence,” Lavrov said, however.

The Kuril Islands lie less than 10 kilometers from Japan’s Hokkaido, consisting of Kunashir, Iturup, Shikotan, and Habomai. Three are inhabited, while Habomai is a group of islets with only the presence of a border patrol.

After the collapse of the Soviet Union, the four islands were incorporated into Russia but Japan continues to lay claims to the islands.

According to a joint declaration signed in 1956, the former Soviet Union agreed to return two of the islands provided that a bilateral peace treaty is signed, while Japan refused to sign such an agreement, insisting on the return of all four islands.

Lavrov and his Japanese counterpart, Taro Kono, failed to reach consensus on the disputed islands in talks in Moscow on Monday.

Moscow has for long stated that Russia’s sovereignty over the islands cannot be called into question. Opinion polls also show most Russians oppose handing back the islands to Japan.
Share It :
Related Stories 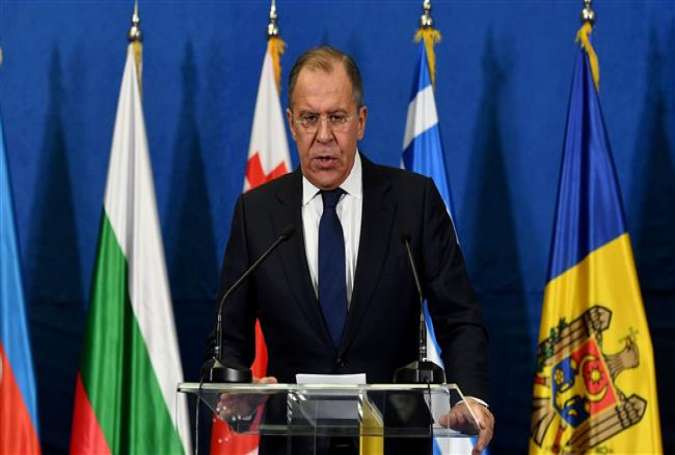