Story Code : 775844
Islam Times - Tens of thousands of people took part in a march across the streets of Belgrade on Saturday, in protest against the Serbian President Aleksandar Vucic for the ninth consecutive weekend.
The rally, called "1 of 5 million," drew citizens, professors, artists and other public figures who called for Vucic's resignation.

Protesters marched from Belgrade's Faculty of Philosophy, holding posters and inscriptions, and reached the Presidency building, where they left letters addressed to Vucic explaining why they took to the streets.

They also covered the entrance of national broadcaster RTS and pro-government daily Politika with tape, demanding more media freedom in the country.
Share It :
Related Stories 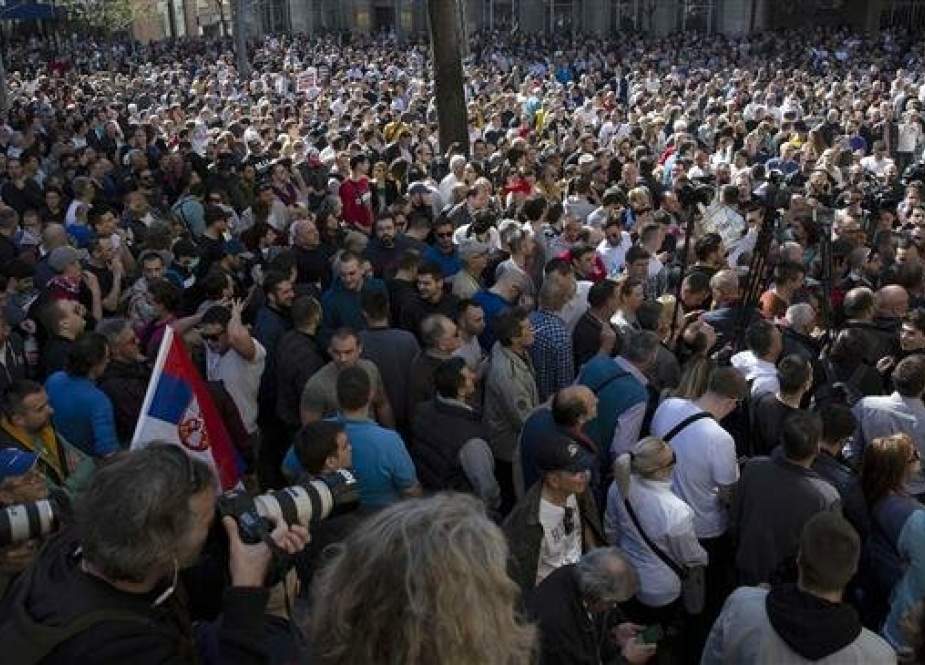