Story Code : 787451
Islam Times - Russian Foreign Minister Sergei Lavrov has condemned US President Donald Trump’s recognition of the Israeli regime’s "sovereignty" over the occupied Golan Heights, stressing the need for a political solution to the conflict in Syria in accordance with UN Security Council Resolution 2254.
“We reject the US president’s decision on the occupied Syrian Golan, which flagrantly violates the UN Charter,” Lavrov said at a joint press conference with his Jordanian counterpart Ayman Safadi in Amman on Sunday.

Syrian Ministry of Foreign Affairs and Expatriates, in a statement, called the US decision a “blatant attack on the sovereignty and territorial integrity” of Syria.

“The liberation of the Golan by all available means and its return to the Syrian motherland is an inalienable right,” according to the statement carried by Syria’s official news agency SANA, which added, “The decision ... makes the United States the main enemy of the Arabs.”

The Arab League condemned the move, saying that "Trump's recognition does not change the area's status."

Turkish Foreign Minister Mevlut Cavusoglu said it was impossible for Turkey to accept the US decision on the Golan Heights.

Elsewhere in his Sunday remarks, Lavrov noted that any settlement of the conflict in Syria must fall within the framework of UN Security Council Resolution 2254, which endorses a road map for a peace process in Syria, and sets out the outlines of a nationwide ceasefire.

He noted that the fight against terrorism should be done without any double standards.

'US must allow displaced Syrians to leave al-Rukban camp'
The top Russian diplomat then pointed to the appalling situation at al-Rukban refugee camp near Syria’s frontier with Jordan, stating that the United States should allow displaced civilians stranded there to return to their homes.

“The United States occupies the al-Tanf area, backs terrorists there and hinders humanitarian aid access to the [Rukban] camp, whose residents are suffering from catastrophic conditions,” Lavrov said.

He pointed out that US statements on solving the problem of the camp are untrue as Washington seeks to justify its illegal presence in the region.

The Russian official also urged the United States to end its occupation of al-Tanf region and allow displaced Syrians who are caught in al-Rukban camp to leave, noting that the United Nations confirms that most of the civilians there would like to return to their homes.

'Trump's Golan decision violates international law'
The Jordanian foreign minister, for his part, reiterated his country’s firm position that the Golan Heights is an occupied Syrian territory in accordance with international resolutions.

The Jordanian foreign minister also emphasized the need for a political solution to the crisis in Syria that would preserve the Arab country’s unity, independence and restore its security, stability and important role in the Middle East region.

He also pointed to the difficult situation in al-Rukban camp, clarifying that most of its residents want to return to their homes according to UN surveys.

The United Nations says about 45,000 people, mostly women and children, are trapped inside al-Rukban, where conditions are desperate. This is while Geneva-based international aid agency, Doctors Without Borders, has put the number there at some 60,000.

Last October, the so-called Syrian Observatory for Human Rights said people in al-Rukban had been without access to food and humanitarian aid for several months, highlighting that the tough situation was further complicated with a closed border by Jordan.
Share It :
Related Stories 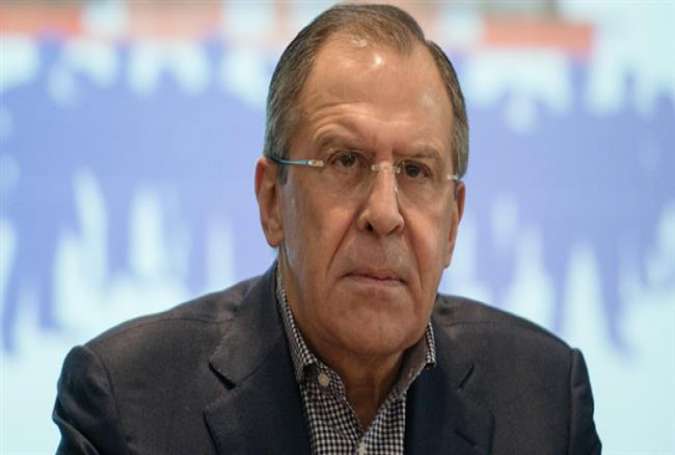 Assad ouster precondition unacceptable: Russia's Lavrov
Islam Times - Russia's Foreign Minister Sergei Lavrov has stressed that Moscow does not agree to the precondition that calls for Syrian President Bashar al-Assad to step aside before any ...
Trump in for 'rude awakening' if he fires investigators in Russia inquiry
‘Trump unaware of economic ties China can have with Iran, Russia’
Why Trump’s Peace Signal in Syria Could See US Clash With Russia in Ukraine
Trump's killing of Soleimani finally blows up the fake Russiagate narrative
Trump, Deputy Attorney General Rosenstein to meet over Russia probe
Trump signs $717bn US military budget into law; China, Russia prime targets
Trump lacks the intelligence that's required for 'collusion' with Russia: Snowden
Comment
Car Bombing Killed 3 Turkish Soldiers in Northern Syria
US Claims it has Right to Attack Iran is not ‘Restoration of Deterrence,’ it's Return to the Wild West
Ukrainian Prime Minister Oleksiy Honcharuk Resigns
Israeli Fighter Jets Targeted Palestinian Territory in Gaza
If US Mischief Behaviors are Bontinued; It Will Receive a Tougher Response: Maj. Gen. Bagheri
Russian Foreign Policy Won’t Change After Cabinet Reshuffle : Foreign Ministry
‘Mendacity & Lies’: After 19 Years America Admits to Itself that it NEVER Could have Won War in Afghanistan
Leader : IRGC Blow Tarnished Image of US as Superpower
Eleven US Troops Injured in Iran Missile Response to Soleimani Assassination
Iraqi Government Denied that Joint Operations with US had Resumed
General Qassem Soleimani Helped the Palestinians to Stand Up and Resist