Story Code : 787720
Islam Times - Iran’s ambassador to the United Kingdom has called US government’s blacklisting of Iran’s elite military force as a ploy to help Israeli Prime Minister Benjamin Netanyahu win the upcoming elections in the occupied Palestinian territories.
Hamid Baeidinejad said in a tweet on Monday that designating Islamic Revolution Guards Corps (IRGC) as terrorist was one of US President Donald Trump’s most idiotic decisions in his more than two years in office.

“Rushing to announce the decision in days when the IRGC is busy rescuing flood-hit (Iranian) people is just a gift to Netanyahu to help him in the Israeli elections,” said Baeidinejad while making a reference to massive floods that have affected areas in north, west and southwest of Iran.

The post came just an hours after the White House announced that it had proposed the blacklisting of the IRGC in a first ever move for the US to designate an official military force of another country as terrorist.

Iran swiftly reciprocated the move with the Iranian Supreme Council of National Security issuing a statement designating all military units run by the United States Central Command (CENTCOM) as terrorist.

Baeidinejad’s reference to links between Trump’s IRGC designation and Israeli elections comes against the backdrop of similar moves in recent past, including the White House decision to recognize Israel’s illegal annexation of Golan Heights, a territory occupied by the Israeli regime since 1967 which belongs to Syria under international law.

Trump’s support for Netanyahu has proved to be vital as polls suggest he has managed to please far-right groups just ahead of the elections slated for Tuesday. The Israeli premier, who had in the past accepted international rulings on occupied territories, said on Saturday that he would even annex the occupied West Bank if he is re-elected into office.
Share It :
Related Stories 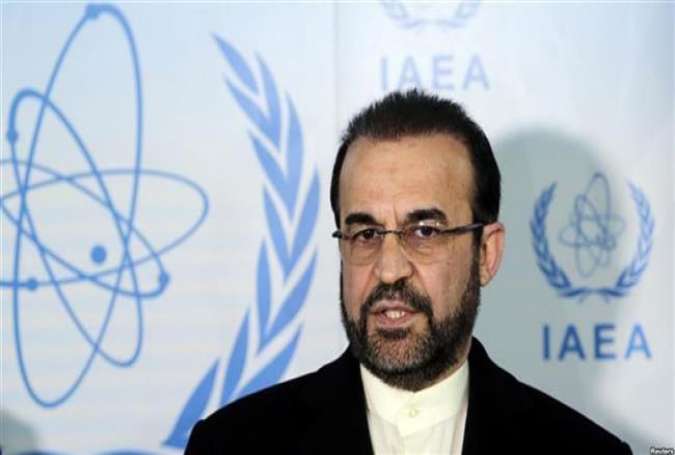 Iraq’s Nujaba Warns of ‘Decisive’ Response to Any US Attack
US Will Not Drop Hostile its Policy: N Korea
Queen Elizabeth Tests Positive for Coronavirus
COVID-19 – The Fight for a Cure: One Gigantic Western Pharma Rip-Off
UN Chief Calls for Ceasefire as Yemen Braces for Possible COVID-19 Outbreak
US Has Taken Several Iranian Scientists Hostage: Zarif
US Troops Leaving Iraqs Qayyarah Air Base as Attacks on American Forces Increase

Maduro Rips US over ‘Narco-Terrorism’ Charge
Virus Price for NATO Racket
US Sanctions on Venezuela A 'Tool of Genocide' amid Epidemic: Russia
Thanking Coronavirus Frontline Workers