US econ. fails due to 'military arrogance'

Story Code : 79043
Islam Times - The economic situation in the United States is "serious and getting worse" as the national debt is massively rising on a daily basis, says an economics professor.
Islam Times reports from Press TV: “The US economy is collapsing morally, the society is collapsing morally and in particularly it is collapsing economically because of the huge levels of debt the huge levels of 61.2 trillion in unfunded liabilities and above all because it is an arrogant military country,” Rodney Shakespeare, professor of Binary Economics said on Monday.

“If the US does raise its borrowing limit it is in fact increasing the debt even further so the situation in the US is serious and is getting worse and is tending towards collapse.”

The US government must cut the "astronomical" money used for its military activities throughout the world, he added.

Shakespeare believes the massive US debt which includes the sovereign, personal, corporation debt is in fact municipal and state debt, and the unfunded liabilities cannot be repaid unless the military spending is largely cut.

He pointed out that another aspect of the country's failing situation is that the US has exported between 6 million and 10 million jobs.
Share It :
Related Stories 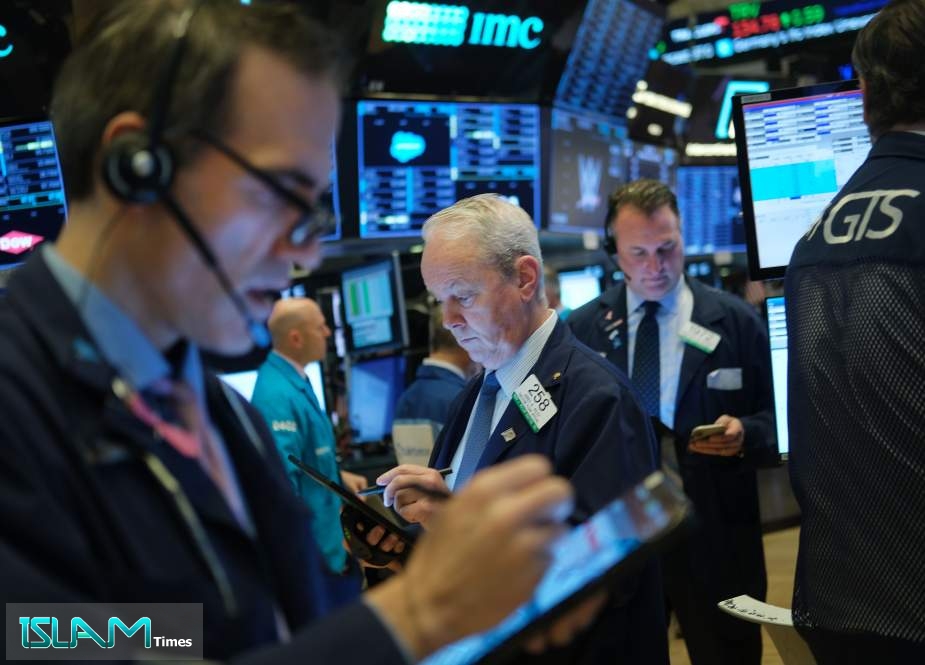 US Economy to Suffer if Supply Chains Pulled from China: Chamber of Commerce
Islam Times - The US Chamber of Commerce has warned the government against plans to rip US supply chains out of China, saying the move could harm ...
US economy too weak for war against Iran: American diplomat
US Economy Further Stumbles as Internet Giant Yahoo Lays of 2,000 Employees
Grim future for US economy
'Endless war policy ruined US economy'
US consumers lose faith in economy
'US economic recovery accounting sham'
The Brutal and Turbulent North
Comment
Zarif to German FM: Stop Malign Behavior before Lecturing Iran
Envoy Confirms IRGC Quds Force Chief’ Visit to Iraq
Over Half of Yemenis Likely to Face Acute Food Insecurity by Mid-2021: UN
US Ends Exchange Programs with China, Calling Them 'Propaganda'
Israelis in Fear over Iran’s Reprisal for Assassination of N. Scientist
WHO’s Tedros Concerned About Perception that Pandemic Is Over
Iran Envoy: IAEA Responsible for Protecting Confidential Safeguard Information
Trump Orders Withdrawal of Nearly All Troops from Somalia
Kuwait Parl’t Election Kicks Off Under Shadow of COVID-19 Pandemic
Detained Former Saudi Crown Prince at Risk after MBS’ Social Army Attack
US Election Whistleblowers Roll Out Eyewitness Account of Suspected Voter Fraud
Yemen Faces Double Challenges to Fight Covid-19 Due to War: WHO
Haaretz: ‘Israeli’ Government Set to Fall: How It Got There and What Happens Next
General Flynn, QAnon and the US Elections
British ‘Mercenaries’ Accused of War Crimes in Sri Lankan Civil War
‘Israel’ Installs Buoy to Mark Disputed Maritime Border
China Hits back at US: ‘Stop Abusing Concept of National Security’
Rights Group: Scores of Sick Palestinians Facing Death in “Israeli” Prisons
European Envoys Urge Saudi Arabia To Release Women’s Rights Activists
’Israel’s’ Open Secret: Nuclear Weapons Locations