Story Code : 793113
Islam Times - A UN rights expert has slammed unilateral US sanctions against Iran, Cuba and Venezuela, saying the use of economic measures for political purposes violates human rights and international law.
In a statement released on Monday, Idriss Jazairy, UN special rapporteur on the negative impact of the unilateral coercive measures, warned that the US bans against the trio might precipitate man-made humanitarian catastrophes.

“Regime change through economic measures likely to lead to the denial of basic human rights and indeed possibly to starvation has never been an accepted practice of international relations,” he said.

Jazairy also voiced worries about Washington’s termination of sanctions waivers for major Iranian crude buyers, saying the move harms not only the Iranian nation, but also their trade partners.

“The extraterritorial application of unilateral sanctions is clearly contrary to international law,” he said.

“I am deeply concerned that one State can use its dominant position in international finance to harm not only the Iranian people, who have followed their obligations under the UN-approved nuclear deal to this day, but also everyone in the world who trades with them,” he noted, referring to the landmark 2015 agreement — officially called the Joint Comprehensive Plan of Action (JCPOA).

Recently, the US ended six months of waivers which allowed Tehran’s eight largest customers to continue importing limited volumes.
It also threatened the buyers of Iranian oil with sanctions if they fail to stop their purchases.

The anti-Iran American sanctions had been lifted under the JCPOA, but they returned in place last year when the US abandoned the multilateral accord.

Elsewhere in his statement, the UN rights expert denounced the economic hardship caused by the US sanctions in Cuba and questioned Washington’s claim that its sanctions against Venezuela were aimed at “helping” its people.

He further called on the international community to “challenge” Washington’s restrictive measures against sovereign countries which amount to “a threat to world peace and security.”

“I call on the international community to engage in constructive dialogue with Venezuela, Cuba, Iran and the United States to find a peaceful resolution in compliance with the spirit and letter of the Charter of the United Nations before the arbitrary use of economic starvation becomes the new ‘normal’,” Jazairy said.
Share It :
Related Stories 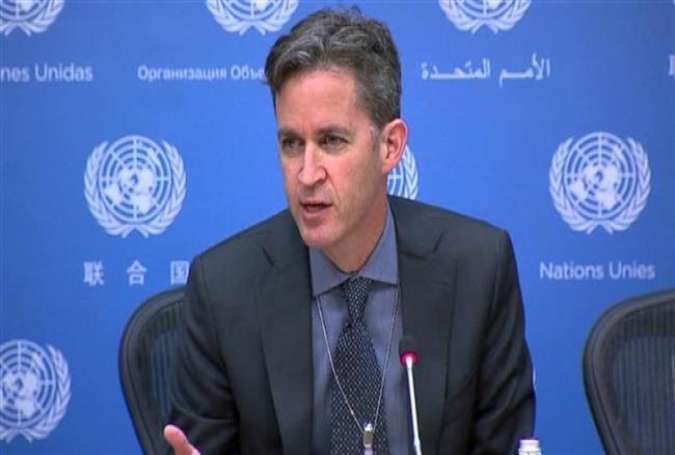