US sanctions, other pressure will bring Iran to table, Bolton claims

Story Code : 801524
Islam Times - US National Security Advisor John Bolton has claimed that Washington’s new sanctions and other pressure against Iran would lead it to enter negotiations with the United Sates.
“They’ll either get the point or ... we will simply enhance the maximum pressure campaign further,” he told reporters in Jerusalem al-Quds on Tuesday after meeting with Russian and Israeli officials, according to Reuters.  “It will be, I think, the combination of sanctions and other pressure that does bring Iran to the table.”

American disarmament ambassador Robert Wood also said on Tuesday that the United States does not plan to start war Iran.

“We will not initiate a conflict against Iran, nor do we intend to deny Iran the right to defend its airspace but if Iran continues to attack us, our response will be decisive,” he said at the Conference on Disarmament in Geneva.

On Monday, the White House introduced new sanctions that targeted Leader of the Islamic Revolution Ayatollah Ali Khamenei and top Iranian military commanders. Foreign Minister Mohammad Javad Zarif was also going to be targeted by new sanctions, according to some reports.

Iran’s Foreign Ministry said the latest sanctions amounted to a "permanent closure of the path to diplomacy" with the Trump administration.

Earlier on Tuesday, Bolton said the United States was still looking forward to talks with Iran.

He said that the US remained open to negotiations.

"All that Iran needs to do is to walk through that open door," he said.

He claimed that Trump had more than once expressed readiness for direct negotiations but Iran had yet to respond.

"The president has held the door open to real negotiations," Bolton said. "In response, Iran's silence has been deafening.”

Despite Bolton’s claims, Iran has time and again made it clear that it would not sit down for talks with Washington as long as it continues its current hostile policies against the Islamic Republic.
Share It :
Related Stories 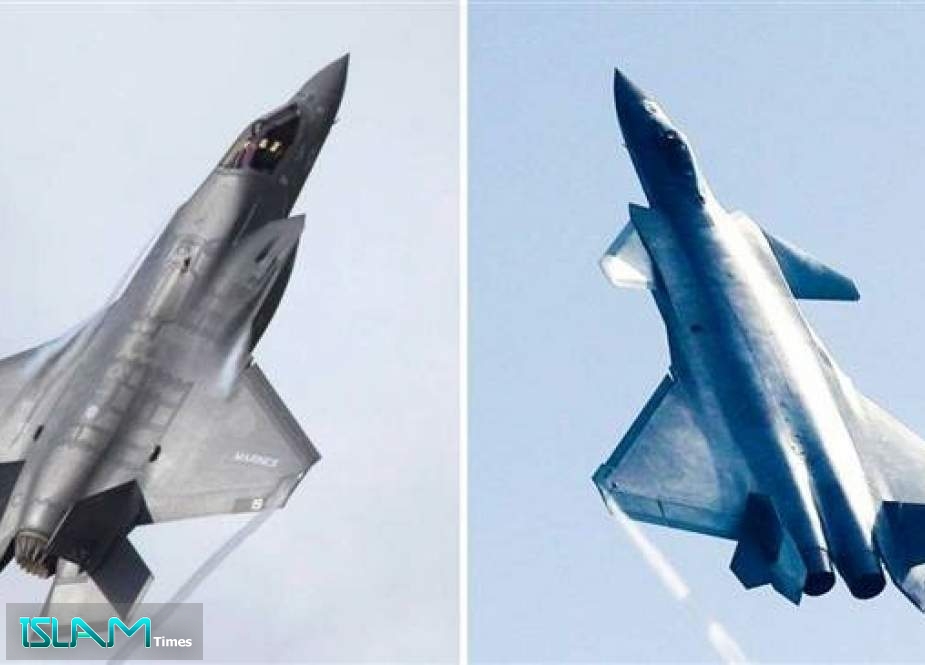 Bolton claims China cloned F-35 by stealing its secrets
Islam Times - US National Security Adviser John Bolton has accused China of stealing secrets of the Lockheed Martin F-35 fighter jet and using them as the basis to develop a stealth warplane ...
US Sanctions Over Iranian Elections Show Washington’s ‘Maximum Pressure’ Policy is Failing: Tehran
US sanctions hampering Iran’s environment efforts on flare gas: Minister
US sanctions three North Korea-linked hacking groups blamed for cyber attacks
US Sanctions Are Designed to Kill
US sanctions failed to force Iran to buckle
US sanctions will worsen situation for long-suffering Venezuelans: UN warns
US sanctions against Iran’s health sector crime against humanity: Health minister
Comment
Two Iranian Border Guards Killed in Clashes with Terrorists in Southeast
Israeli Occupation Forces Shot and Killed a Palestinian in Al-Quds
Sanders Slam Russia for Reportedly Meddling in US 2020 Elections
What We, the Taliban, Want
With Bloomberg Entering Race, U.S. Oligarchy Takes Stage
China To Maintain Close Communication and Cooperation with Iran to Defeat the Coronavirus
US ‘Playing Games’ With Taliban Peace Talks, Has ‘No Intention of Leaving Afghanistan’ - Academic
Russia Rejects Allegations It Carried Out Cyber Attack on Georgia
More than 10,000 Civilian Casualties in Afghan War in 2019: UN
Process of Vote Counting in Iran is Underway and Final Results Could Be Announced by Sunday
Creator Of BioWeapons Act Says Coronavirus Is Biological Warfare Weapon
People Rejoice as Syrian Army further Secure Aleppo Countryside