Story Code : 806112
Islam Times - Foreign Minister Mohammad Javad Zarif has defended Iran’s recent measure to confiscate a British-flagged oil tanker in the Strait of Hormuz, saying the move aimed to "uphold international maritime rules."
In a tweet on Saturday, Zarif emphasized that “it is Iran that guarantees the security of the Persian Gulf and the Strait of Hormuz.”

“Unlike the piracy in the Strait of Gibraltar, our action in the Persian Gulf is to uphold int'l maritime rules,” Zarif tweeted.

Zarif was referring to the UK-flagged Stena Impero tanker, which was impounded by Iran’s Islamic Revolution Guards Corps (IRGC) on Friday when it was passing through the Strait of Hormuz en route to Saudi Arabia "for failing to respect international maritime rules.”

On Saturday, the British Foreign Office summoned Iran’s charge d'affaires in London for an urgent meeting following the seizure of the tanker. London also warned UK ships to avoid the Strait of Hormuz.

Meanwhile, Germany and France urged Iran to release the tanker.

France’s Foreign Ministry said it was “very concerned” over the seizure of the Stena Impero, saying such an action harmed de-escalation efforts in the region.

Germany’s Foreign Ministry also voiced concern, urging Iran to release the ship and its crew. The seizure was a "dangerous further aggravation of an already tense situation," a Foreign Ministry statement said.

The European Union also expressed “deep concern” over the issue on Saturday, saying the development carries the risk of further escalating an already tense situation.

“In an already tense situation, this development brings risks of further escalation and undermines ongoing work to find a way to resolve current tensions,” Maja Kocijancic, the spokeswoman for EU foreign policy chief Federica Mogherini, said in an statement on Saturday.

The statement also called for “restraint to avoid further tensions."

IRGC’s measure to seize Stena Impero came days after Britain’s naval forces unlawfully seized Iranian-owned oil tanker Grace 1 and its cargo of 2.1 million barrels of oil in the Strait of Gibraltar, under the pretext that the supertanker had been suspected of carrying crude to Syria in violation of the European Union’s unilateral sanctions against the Arab country.

Reports, however, said the confiscation took place at the request of the US.

Tehran has condemned the seizure as “maritime piracy,” warning that it would not go unanswered. It has also rejected London’s claim that the ship had been bound for Syria.

Zarif further criticized the UK for capturing the Iranian oil tanker, calling on London to “cease being an accessory” to the US “economic terrorism” against the Iranian nation.

The IRGC spokesman, Brigadier General Ramezan Sharif, said Saturday that the tanker was seized while it was sailing into the Strait of Hormuz through a wrong path.

He said that the UK-flagged tanker “was escorted by a British warship,” adding that the warship had tried to prevent IRGC forces from stopping the tanker, which had ignored warning calls to stop.

He said Stena Impero was detained upon a call by the Ports and Maritime Organization since its transponder was turned off and it risked an accident with other vessels.

The oil tanker has been taken to Bandar Abbas port for legal procedures.

“Unlike the UK’s illegal move to seize the tanker carrying Iran’s oil, our measure was carried out per the request of the Ports and Maritime Organization of Iran and in the view of the British vessel’s flouting of regulations,” Zarif told Hunt, noting that the issue should be settled through legal channels.

Meanwhile, Hunt said in a tweet that during his phone call with Zarif, he had expressed his “extreme disappointment” over Iran’s seizure of the tanker in the Strait of Hormuz.

“British shipping must and will be protected,” Hunt added.

Iranian govt., nation have nothing against American people

In another tweet on Saturday, Zarif said the Islamic Republic has no problem with the American nation, calling on Washington not to interfere in Iran’s domestic affairs.

"The people and government of Iran have nothing against the American people. All we want is for no one to interfere in our internal affairs,” said the tweet.

Tensions have mounted since US President Donald Trump pulled his country out of the 2015 Iran nuclear deal in May 2018 and re-imposed harsh sanctions against the Islamic Republic in defiance of global criticism.

The tensions saw a sharp rise on the first anniversary of Washington’s exit from the deal as the US moved to ratchet up the pressure on Iran by tightening its sanctions and building up its military presence in the region. 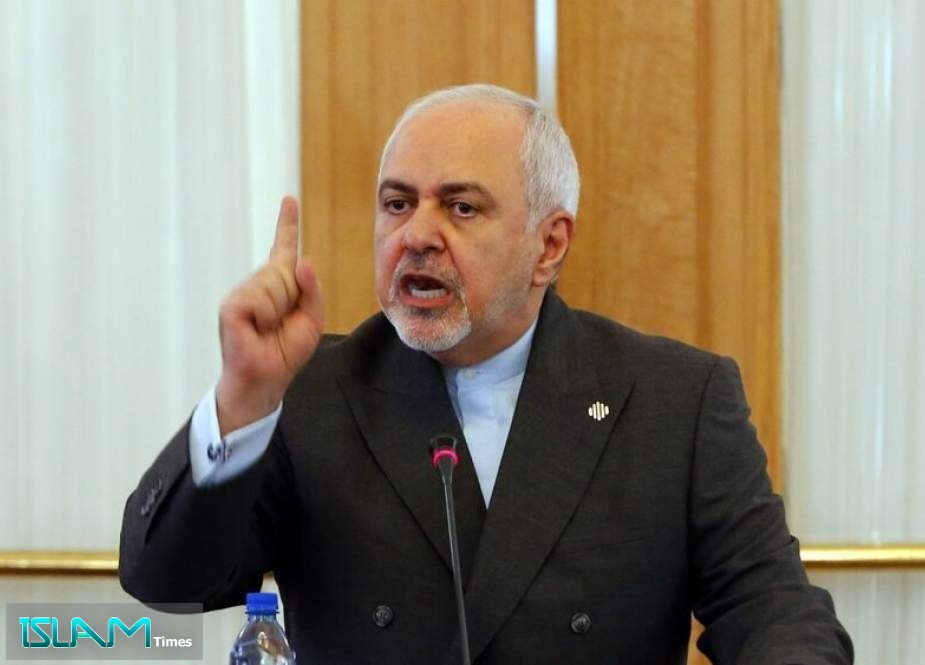