Story Code : 808933
Islam Times - Syrian government forces have seized a considerable amount of Western-made weapons and munitions, including American TOW missiles, left behind by terrorist outfits in the southern part of the war-torn Arab country.
Syria’s official news agency SANA reported on Sunday that army troops discovered and seized the weapons, including 23 rapid-firing and automatic anti-aircraft guns, a considerable amount of machine gun rounds as well as various rifles and rockets.

On June 6, Syrian government forces carried out a string of clean-up operations in the country’s southwestern province of Quneitra near the Israeli-occupied Golan Heights, discovering a substantial amount of munitions, some of them US-built, from a former stronghold of foreign-backed Takfiri terrorists.

An unnamed military source told SANA that Syrian soldiers launched the operations on the outskirts of the town of Jubata al-Khashab to clear the area of hidden explosive devices and ordnance left behind by the militants.

It was not the first time Syrian forces discovered ammunition of the sort. Recently, Israeli and US-made weapons left behind by terrorists were found in southern Syria.

In recent months, foreign-backed terrorists have been suffering heavy defeats in battles against Syrian government forces, backed by the Russian air force and Iranian military advisers. 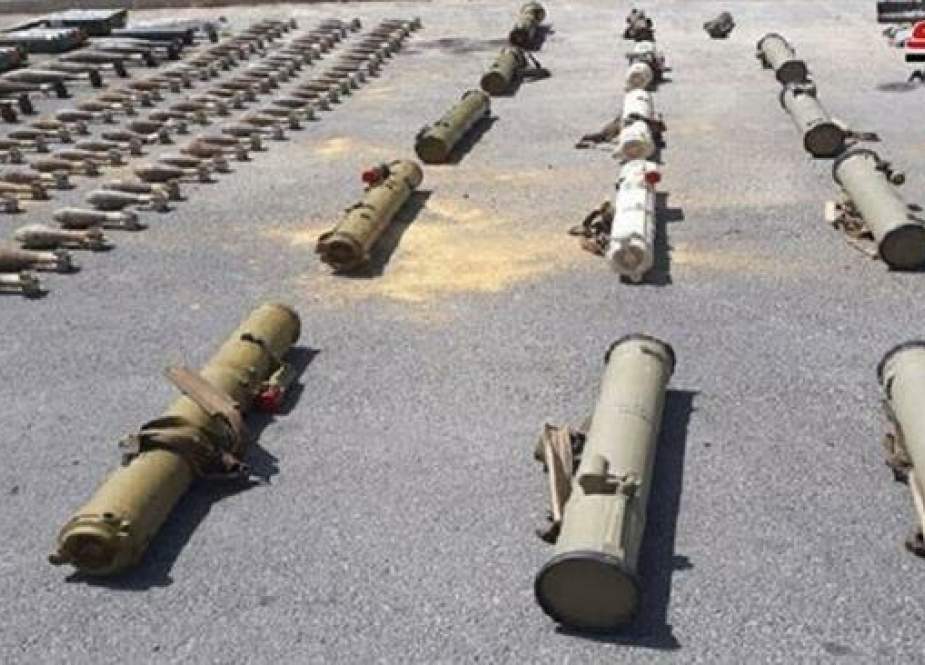