Doha: US envoy announces progress during talks with "Taliban"

Story Code : 809108
Islam Times - US special envoy to Afghanistan, Zalmay Khalilzad, announced "remarkable progress" during talks with the Taliban movement in the Qatari capital of Doha.
"I spent the last days in Doha focusing on the remaining issues in terms of completing a possible deal with the Taliban that will allow a conditional withdrawal of troops," Khalilzad wrote in his official Twitter account on Monday. "We have made remarkable progress."

The envoy said he would travel to Delhi on Monday for meetings to achieve international consensus in support of the peace process in Afghanistan.

Zalmay Khalilzad said his team would continue to discuss technical details with Taliban representatives, as well as steps and mechanisms for a successful implementation of the agreement being worked on.

The United States has held several rounds of talks with the "Taliban", during which the discussion discussed the withdrawal of US troops from Afghanistan with the commitment of the movement to sever relations with terrorist organizations and join the efforts to combat terrorism. 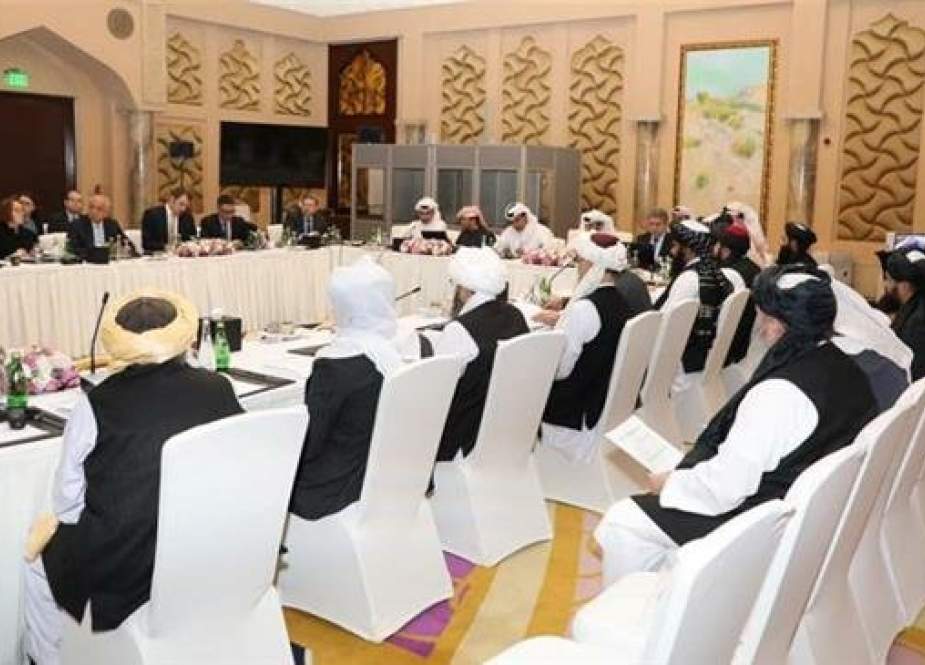 Talks with US in Doha stumble over troop withdrawal timetable: Afghan Taliban
Islam Times - The Taliban militant group says peace talks with the US — which have been underway in Qatar for months — have stalled over the key ...
Qatar: Taliban political chief to join talks with US in Doha
Taliban invites GOP senator for ‘mutual talks’ in Doha
US, Taliban reach 'draft agreement' in latest round of talks in Doha
Taliban turns down president’s offer to open office in Kabul, wants Doha recognized
Islamabad, Kabul agree to work to resume talks with Taliban: Pakistan
Nineteen US soldiers killed in eastern Afghanistan: Taliban
Pakistani court orders govt. to take action against Taliban in Karachi
Comment
Syrian Army Completely Secures Many Areas in Aleppo Countryside