Story Code : 810168
Islam Times - The mood of the day in the northern Gaza Strip town of Beit Hanoun was a mixture of sadness and rage as Palestinians were marking the first day of Eid al-Adha while mourners were holding a funeral for another Palestinian youth slain by Israeli forces.
25 year old Marwan Nasser was killed along the fence separating the tiny sliver from the occupied lands in the east of northern Gaza early Sunday morning.

On Saturday Israeli forces shot and killed four Palestinians in the east of central Gaza and withheld their bodies depriving their bereaved families from burying them.

Earlier in the day Muslims in Gaza started their Eid al-Adha celebrations by attending prayer to mark this holy occasion, which is one of the most significant events on the Islamic calendar.

Eid al-Adha or Feast of Sacrifice marks the end of the Muslim pilgrimage to Mecca.

Eid prayers were held in the east of the blockaded enclave close to the security fence separating the Gaza Strip from Palestinian land that was occupied by the Israeli regime in 1948.

Palestinian officials praised the martyrs and vowed to continue armed resistance against the Israeli regime.

All happy occasions in this impoverished enclave have been marred by the blockade and Israeli atrocities in recent years.
Share It :
Related Stories 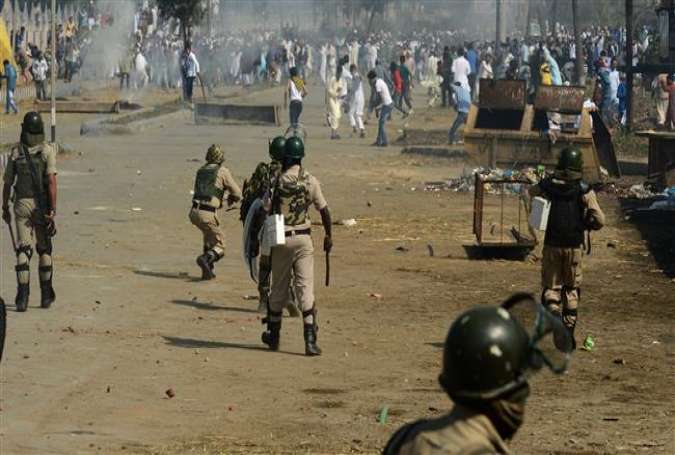