Story Code : 812008
Islam Times - Syria’s UN Ambassador Bashar al-Ja’afari has called on the United States and Turkey to end their “illegal military presence” in the Arab country and crimes against civilians.
Speaking at a United Nations Security Council (UNSC) session on Middle East peace and security challenges in New York on Tuesday, Ja’afari urged Washington and Ankara to respect the UN Charter’s principle of non-interference in the internal affairs of other countries and refrain from using force against them.

“The United States and its allies, including the Turkish occupation forces, must be obliged to end their illegal military presence on Syrian territory and to stop their aggressive practices in support of terrorism and their crimes against Syrians, civilian installations and infrastructure,” he said.

He also criticized Turkey for sending a military convoy carrying ammunition into Syria’s Idlib Province in support of the militants holed up in the embattled region.

The Syrian envoy further highlighted the need for the world body to stay focused on the real root causes of the Middle East conflict, including occupation, acts of aggression and destructive interventions in countries’ domestic affairs — such as those aimed at overthrowing governments by force, investing in terrorism and fabricating crises.

“Success in dealing with the challenges facing the region requires upholding the principles of international law and the provisions of the UN Charter and stopping attempts to distort and manipulate its provisions,” he said.

Ja’afari also described Israel’s occupation of Arab territories as the main reason for the crisis in the region.

“The main cause of the conflicts in the Middle East and the inability to achieve peace and stability has been and continues to be the Israeli occupation of Arab territories, including the occupied Syrian Golan,” he said.

Ja’afari further expressed concerns about Israel’s accumulation of weapons of mass destruction, saying the regime should join the Non-Proliferation Treaty (NPT) without delay and subject its facilities to the International Atomic Energy Agency (IAEA)’s safeguards regime.
Share It :
Related Stories 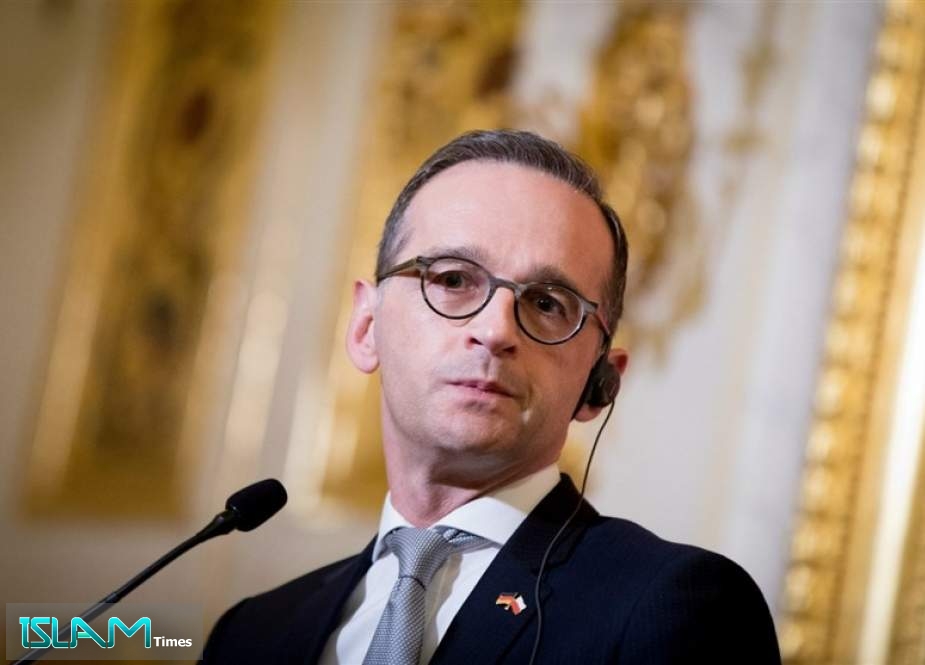 US Has No Legal Right to Reinstate Iran Sanctions: Germany
Islam Times - The German foreign ministry said that the US has no legal right to re-impose UN sanctions on Iran under the so-called snapback provision in the 2015 nuclear deal between ...
US Runs Out of Atlantic Hurricane Names As Frenetic Season Continues
US Convoy Transports Stolen Syrian Oil to Iraq
US Claim to Trigger Snapback Mechanism Null and Void
USS Nimitz Aircraft Carrier Enters Gulf After Pompeo’s Anti-Iran Threats
US Deploys More Troops, Armored Vehicles to Oil-rich Eastern Syria
US Retreats from Iraq as Resistance Makes Advances
US to Ban TikTok, WeChat Downloads from Sunday
Comment
UK Says Strongly Supports JCPOA
First US Space Force Squadron Lands in the Gulf
Woman Arrested for Allegedly Sending Trump Poisoned Letter
Lebanese President Calls for Refugee Return on 75th UN Anniversary
Biden: Trump’s “Lies, Incompetence” Lead to Gravest Losses in US History
Russia Says ‘Not Afraid of US Sanctions’ over Arms Trade with Iran
Palestinians Fear Cost Of Arab States’ Normalization with ‘Israel’
PA Quits Arab League Chairmanship: Unhonored to See Arab States Rush to Normalize with the Occupation
Britons to Return to Home Working, New Limitations amid COVID-19 Surge
UN General Assembly Holds Virtual Summit for World in Crisis
Iraq’s Sadr: Israel Would Mark Own Ending by Opening Embassy in Baghdad
Possible Targets for Taking Revenge for Gen. Soleimani
Why Is Iraq’s Al-Kadhimi Pushing To Cozy Up To Kuwait?
2,000 Days Since It Began, the War in Yemen Is Poised To Turn Even More Deadly
SA Minister: US Report of Iran’s Assassination Plot ‘Bizarre’
Five Nations Are Weighing Normalized Ties to ‘Israel’: Trump Aide
EU Parliament Urges Arms Embargo on Saudi Arabia
Over 30 Taliban Fighters Killed in Afghan Airstrikes: Govt.
How US Takes Advantage of Terrorism for Purpose of Its Hegemony!
Rights Groups: UAE Hires Thousands of Mercenaries to Carry Out Assassinations in S Yemen
Featured Stories