Iran will sell oil to any & all buyers despite US piracy, threats: FM Zarif

Story Code : 813911
Islam Times - Iranian Foreign Minister Mohammad Javad Zarif says the United States resorts to "piracy and threats" to stop Iran's oil sales but the Islamic Republic will continue to "sell oil to any and all buyers."
"US engages in piracy & threats to prevent Iran from selling oil to traditional customers. Stop nagging @SecPompeo: We will sell oil to any & all buyers," Zarif said in a post on his official Twitter account on Saturday.

Zarif said the US had targeted Iran in different sectors, but stressed that Tehran would surmount the pressures and restrictions just as it did before, much to Washington’s dismay.

Iran built missiles after Washington denied Tehran "means of defense" and then the US complains, the top Iranian diplomat said.

"US denied us nuclear fuel: We made it & US complains," he added.

The US earlier threatened those potentially assisting the return of the tanker that had been released by Gibraltar after more than a month of detention there by Britain.

A State Department official was cited by Reuters as saying on August 19 that aiding the vessel had “potential criminal consequences.”

On July 4, Britain’s naval forces unlawfully seized the vessel, then known as Grace 1, and its cargo in the Strait of Gibraltar under the pretext that it had been suspected of carrying crude to Syria in violation of the European Union’s unilateral sanctions against the Arab country.

Tehran, however, rejected London’s claim about the tanker’s destination and slammed the seizure as “piracy.” 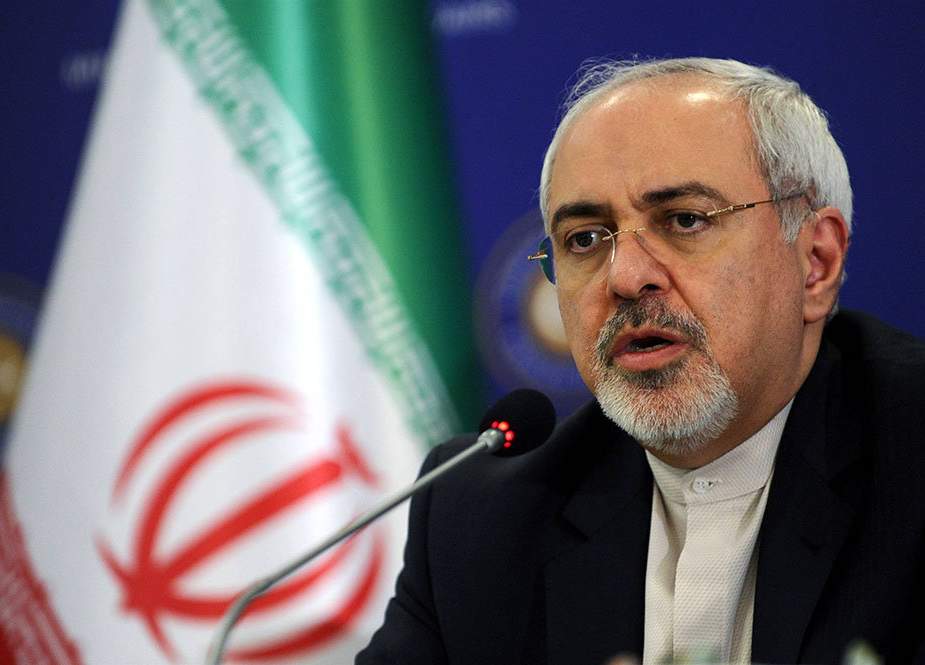