Story Code : 815614
Islam Times - Turkey's Foreign Minister Mevlut Cavusoglu says the United States is stalling attempts to create a so-called safe zone in the northeastern part of Syria, reaffirming that Ankara is ready to act on its own if necessary to push back militants from the Kurdish People's Protection Units (YPG).
Cavusoglu told reporters in the capital Ankara on Tuesday that Turkey wanted to work with the US but was growing impatient.

“Yes, there are some joint patrols but other than that, the steps that have been taken or the steps that are said to be taken are cosmetic steps,” he told reporters.

“We are seeing that the United States is entering a stalling process...and that it is trying get Turkey accustomed to this stalling process,” he added, arguing that Washington's approach has so far served the YPG more than Turkey.

His comments came after President Recep Tayyip Erdogan said at the weekend that Turkey rejected Washington's protection of the YPG, and that the North Atlantic Treaty Organization (NATO) allies faced differences “at every step” in the safe zone talks.

Erdogan stated that Turkey would act alone if the safe zone was not established by the end of September.

Also on Tuesday, the Turkish president said it was not possible for his country to handle a new wave of refugees from Syria.

“Our expectation from the United States is to stand with us in our fight against terror and our efforts to establish safe zones where the refugees can return to,” Erdogan said at a lunch with visiting US Secretary of Commerce Wilbur Ross.

He added that Ankara "greatly valued" its cooperation with Washington in Syria.

“Sending 50,000 trucks of equipment and ammunition to the terrorists so far has really bothered us. Against who are these (weapons) used? Against Turkey. It is not possible for us to accept this as a strategic partner,” Erdogan said.

On Sunday, Turkey's Defense Ministry announced the start of the joint US-Turkish ground patrols east of the Euphrates in northeastern Syria in a post published on its official Twitter page, and said the patrols are being supported by unmanned aerial vehicles.

Six Turkish-flagged armored vehicles joined the US military convoy 30 kilometers (18.6 miles) away from Akcakale district of the southeastern province of Sanliurfa, as part of the first phase of the safe zone plan, Turkey’s official Anadolu news agency reported.

Syria strongly condemned the decision, arguing that the move constitutes a blatant violation of the international law and the Syrian sovereignty.

“The Syrian Arab Republic condemns in the strongest terms the US administration and the Turkish regime for conducting joint patrols in the Syrian al-Jazirah region, which is in flagrant violation of the international law as well as the sovereignty and territorial integrity of Syria,” an unnamed official source at the Syrian Ministry of Foreign Affairs and Expatriates told Syria’s official news agency SANA on Sunday.

“Syria stresses that this step represents (an act of) aggression in every sense of the word, and is meant to complicate and prolong the Syrian crisis in the wake of the Syrian Arab Army’s achievements in pursuit of remnants of terrorist groups.”

The source said the Syrian Arab Republic, while reiterating its rejection of the so-called safe area, dismisses all projects aimed at undermining the unity and territorial integrity of the country.

The patrols came after Turkey and the US reached an agreement on August 7 over the establishment of a joint operation center in the northern part of Syria, in the wake of Ankara’s threats to launch an operation against Kurdish militants from the People's Protection Units (YPG) to push them away from the Turkish border.

Turkey views the YPG as the Syria branch of the homegrown Kurdistan Workers' Party (PKK) militant group, which has been seeking an autonomous Kurdish region in Turkey since 1984.

Turkey expects the creation of a 32-kilometer (20-mile) safe zone in northern Syria, and has stressed that it wants the YPG cleared from the region.
Share It :
Related Stories 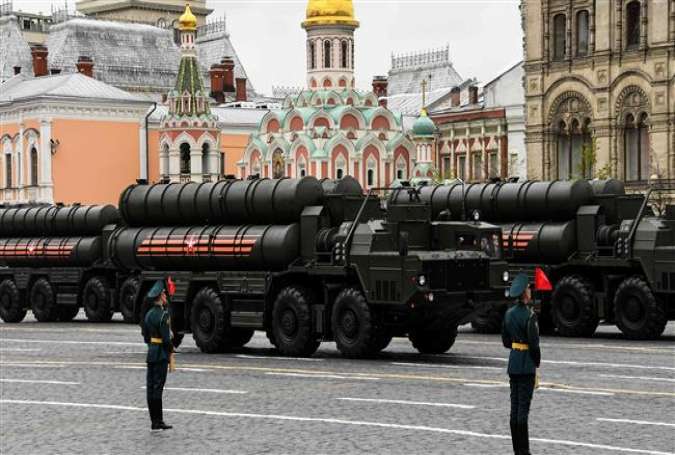