Story Code : 815825
Islam Times - Iran’s ambassador to the United Kingdom says a tanker that carried Iranian oil in the Mediterranean has not violated any commitment to a third party by selling its oil to a “private” customer.
In a post on Twitter on Wednesday, Hamid Baeidinejad dismissed concerns raised by the UK about the ultimate destination of Adryan Darya 1, the supertanker previously known as Grace 1 which spent more than a month under a US-instructed detention by British  authorities in Gibraltar.

“Despite countless threats by America, the tanker sold its oil at sea to a private company and it has clearly not breached any commitment,” said Baeidinejad after he called at the British Foreign Office to hear a complaint by London about the developments surrounding Adrian Darya 1 over the past few days.

UK foreign minister Dominic Raab said on Tuesday that Iran had shown disregard for its assurances over Adrian Darya 1.

However, Baeidinejad denied Tehran had broken assurances it had given over the vessel, telling the official IRNA agency that the oil cargo of the ship had been sold based on the preferences of the owner of the cargo who is entitled to set the sale destination.

On July 4, Britain’s naval forces unlawfully seized Grace 1 on the pretext that it had been carrying crude to Syria in violation of the European Union’s sanctions against the Arab country.

Tehran has repeatedly rejected London’s claim about the tanker’s destination while insisting that EU sanctions on Syria do not apply to third parties like Iran.

Following its release from the British detention on August 15, the ship and its journey has been subject to vast media coverage, especially in the United States, where the government has even sought to blackmail (paywall) the captain of the ship and force it to dock at a port where Washington could have it rearrested.

Iranian authorities said over the weekend that Adrian Darya 1 had discharged its oil cargo and was berthing at a Mediterranean port.

Baeidinejad said in his Wednesday tweet that he had reiterated in his meeting with Raab that Britain’s seizure of the ship carrying Iranian oil was against the international law whatsoever.
Share It :
Related Stories 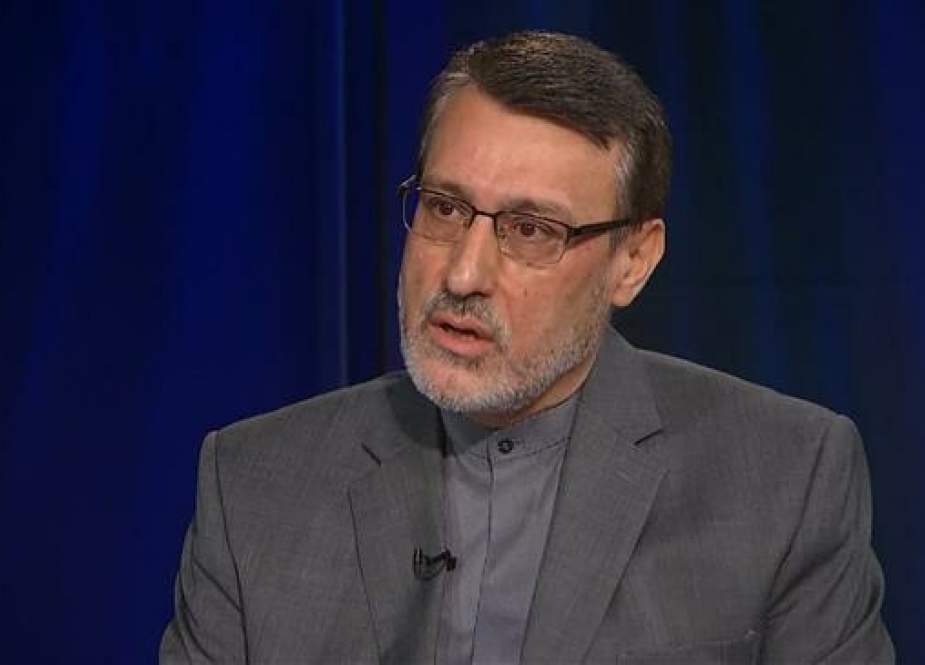 US must stop economic terror, act like a normal state: Iran envoy to UK
Islam Times - Iran’s ambassador to the UK has urged the US to stop using “economic terrorism” to force Tehran into negotiations, saying Washington ...
Comment
Iran and China sanction outgoing Trump administration officials
Syria Condemns US ‘Systematic Looting’ of Its Resources, Oil in NE, Calls for Immediate Withdrawal of Occupation Forces
Defeated Trump to Live in Fear, Says Daughter of Martyred Gen. Soleimani
Biden Rolls Back Trump Policies on Wall, Climate, Health, Muslims
Displaced Syrians Demonstrate against Turkish Military Presence in Afrin
Biden Fires Trump’s White House Chief Usher
Suicide Attack Leaves 15 Dead, 20 Injured in Central Baghdad Market
Yemenis Rally in Sanaa Against US Blacklisting of Ansarullah
Egypt, Qatar Resume Diplomatic Relations
Three Dead after US Military Helicopter Crashes in New York
Russia: Iran Pioneer in Fight against Terrorism
‘As If It Was Baghdad’: US Secret Service Creates Fortified ‘Capitol Green Zone’ Ahead of Inauguration
Is “Israel” Ignoring the Biggest Strategic Threat It Faces?
Trump Confidante Seen at White House With Notes Appearing to Call for ‘Martial Law’
US and Zionist Regime are Behind the Denial of Justice that is Being Done to Sheikh Zakzaki and the Islamic Movement
My Uncle ‘Enjoyed Every Second’ of Capitol Riot: Mary Trump
US Withdraws Last Troops from Somalia
Qatar Calls on Persian Gulf states to Engage in Talks with Iran
‘Hezbollah Boosted Missile Power as Israel Intensified Aggression in Syria’
Hamas: US Decision to Include ‘Israel’ in CENTCOM “Fruit of Recent Normalization Deals”
Featured Stories