US media lie about CIA mole in Russian govt.: Kremlin

Story Code : 815844
Islam Times - Moscow has dismissed as lies suggestions that a suspected CIA spy had confirmed Russia’s alleged meddling in the 2016 US Presidential Election.
US media reports said that a CIA mole in the Russian government, who had been extracted and brought to the United States in 2017, had handed over information to Washington that Russian President Vladimir Putin had ordered meddling into the election in order to help Donald Trump win.

The US intelligence community released a report after the 2016 election, concluding that Moscow had meddled in the process, yet refusing to comment on the impact it potentially had. The Kremlin denies having played any role in the election.

"He couldn't have had any role in so-called (election) meddling because there was no meddling," Interfax news agency cited Russian Deputy Foreign Minister Sergei Ryabkov as saying on Wednesday.

"And what is happening in terms of such interpretations is just the piling up of one lie on top of another and the multiplication of slander about us," he added.

Earlier on Wednesday, the Kremlin said it did not know if one of its former employees had been a CIA mole, adding that Russia's intelligence services were examining the case.

The employee may have been a man named Oleg Smolenkov, who was reported to have vanished with his wife and three children in Montenegro in June 2017, according to Russian daily newspaper Kommersant.

"I can only state that this employee existed, that he was fired, and that we don't know whether he was a spy or not. This is a question for the intelligence services - they are doing their job," Russian presidential spokesman Dmitry Peskov told reporters on Wednesday.

The Kremlin stressed that Smolenkov was not a high-level official and did not have access to Putin.
Share It :
Related Stories 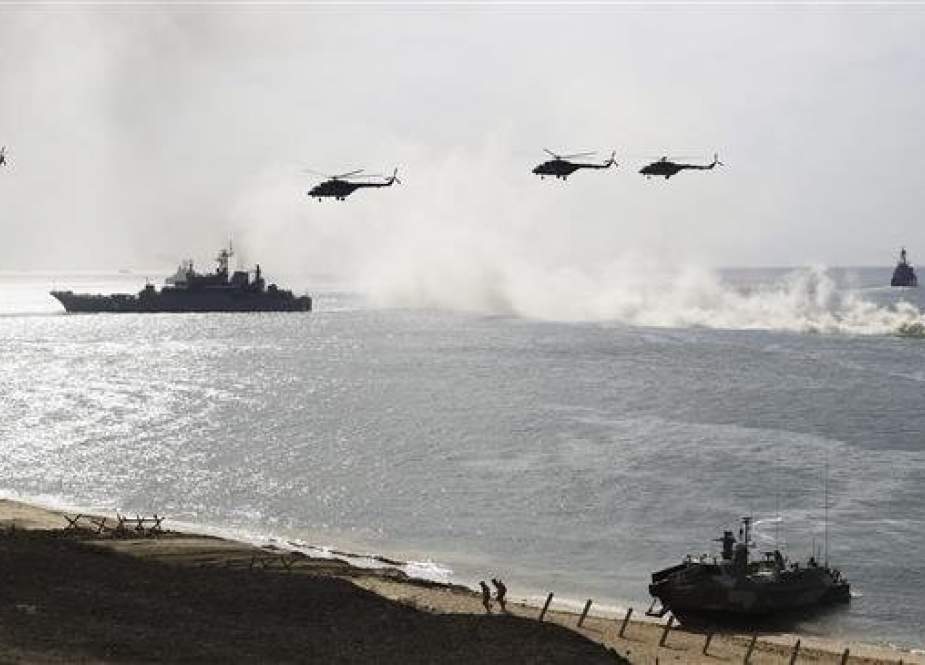 Dozens Killed by Avalanches and Landslides in Kashmir
Human Trafficking Reaches Record High in Finland
Iraq Captures Morbidly Obese Daesh Preacher 'Jabba the Jihadi' in Mosul, Netizens in Hysterics
US Claims it has Right to Attack Iran is not ‘Restoration of Deterrence,’ it's Return to the Wild West
Yemenis Children Displaced, Scared after Years of Saudi Aggression