US Is The Supporter of Terrorism in The Middle East: Rouhani

Story Code : 818237
Islam Times - Iranian President Hassan Rouhani called the United States the “supporter of terrorism” in the Middle East
“Today, unfortunately, America is the supporter of terrorism in our region and wherever America has gone, terrorism has expanded in that wake. Wherever we have gone, on the other side, we have defeated terrorism,” Rouhani told Fox News on Tuesday.

When asked about the Sept. 14 strikes on Saudi Arabia’s Aramco facilities, he said, “Let’s assume if it were from Iran, all of the monies received from the United States from these defensive systems, from these weapon systems, from these radar systems installed in Saudi Arabia and the Arabian peninsula, how come, they were not able to prevent that missile from hitting the target?”

The president added the strikes were embarrassing for US-made missile defense systems.

Rouhani also downplayed meeting with Trump during the UN General Assembly in New York to discuss a new nuclear deal.

“Why would we bump into one another? If we seek to pursue higher goals to benefit both countries, both people, it must be planned,” explained Rouhani.

“But prior to that, we must create mutual trust and the trust is something that Mr. Trump took away from this framework. We had an agreement and Mr. Trump exited without a valid justification and illegally from an international agreement,” he said of the US decision to withdraw from the 2015 Iran nuclear deal, known as the Joint Comprehensive Plan of Action (JCPOA).

The Iranian president is in New York to give an address to the 74th annual session of the UN General Assembly on Wednesday.
Share It :
Tagged
Rouhani US
Related Stories 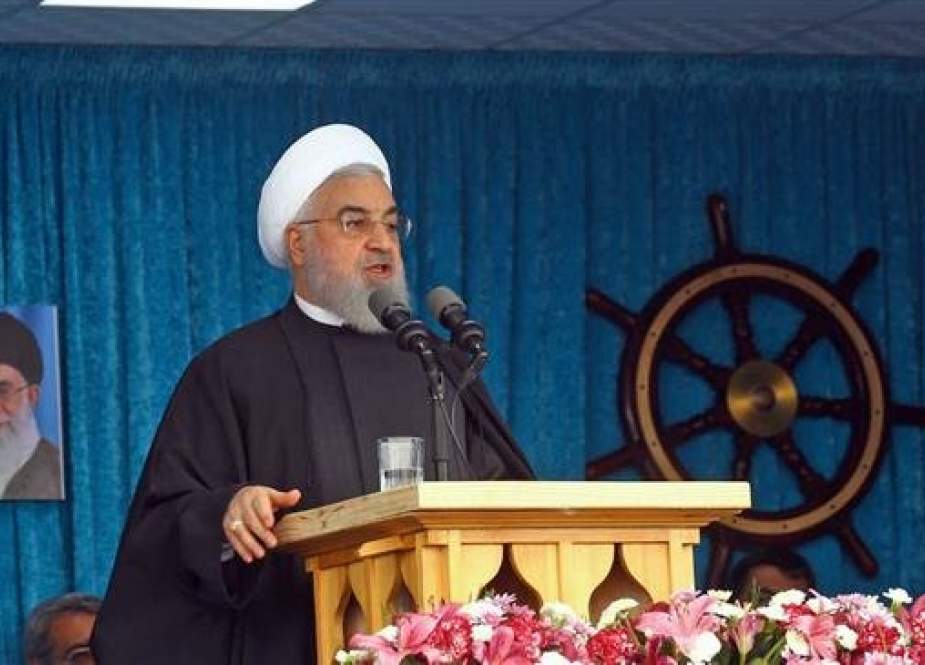