Trump: Saudi Arabia has agreed to pay for everything we do to help

Story Code : 821556
Islam Times - US President announced that Saudi Arabia agreed to pay the United States in exchange for "everything we do" in order to help them.
“We are sending additional troops to Saudi Arabia, they are a good ally… a very important player in the Middle East, and our relations have been very good as they buy our products worth hundreds of billions of dollars, not just military equipment.” Trump told reporters on Friday.

He added that the value of military equipment is "about $ 110 billion, which means millions of jobs."

“We are sending troops and others to the Middle East to help Saudi Arabia. But are you ready? "Saudi Arabia has agreed to my request to pay for everything we do to help it, and we appreciate it very much." Trump added.

Less than a day after President Donald Trump bragged to supporters at a campaign-style rally in Minnesota Thursday that he was working hard to bring U.S. soldiers home from foreign wars, the Pentagon announced Friday that 1,800 troops and advanced weapons systems have been ordered to Saudi Arabia—a move critics decried as both hypocritical and deeply dangerous.

The announcement came 24 hours after the president tweeted that he was "trying to end the ENDLESS WARS" and told the crowd at his Minnesota rally that he was resisting elements of his administration insistent on keeping the U.S. military in the Middle East.

"Remember when Donald Trump tweeted that he was 'trying to end the endless wars?' That was yesterday," Sen. Bernie Sanders (I-Vt.), one of the frontrunners for the Democratic presidential nomination in 2020, said on Twitter. "Today he's sending thousands of troops, warplanes, and missiles to his dictator friends in Saudi Arabia to escalate military tensions with Iran."

The Pentagon announced earlier in the day to send an additional 3,000 military to Saudi Arabia after the attacks on oil facilities in the Kingdom.
Share It :
Related Stories 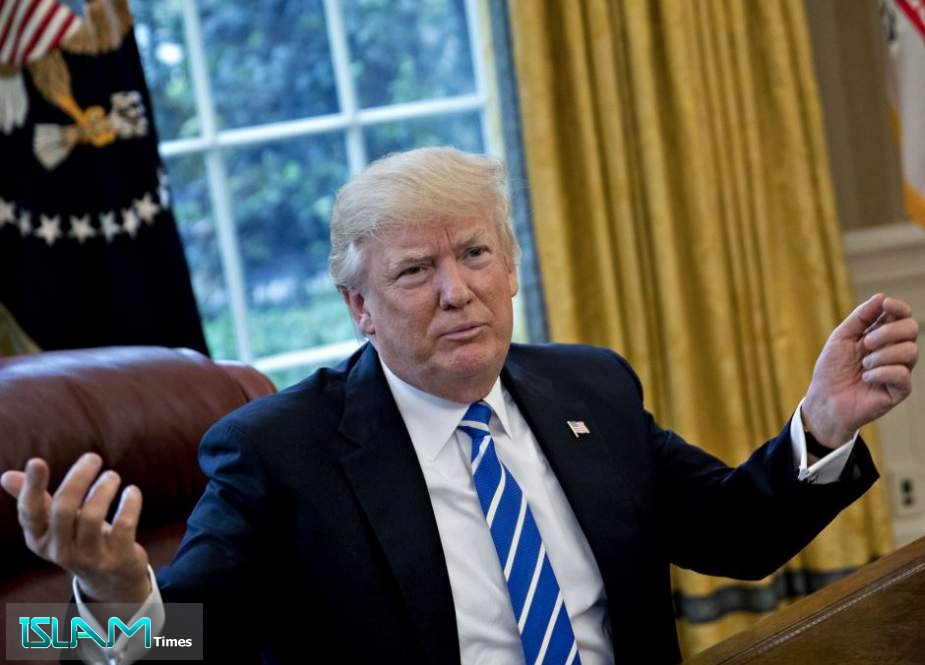 Trump: UN ‘Must Hold China Accountable for Their Actions’ Regarding Coronavirus Pandemic
Islam Times - In his recorded speech to the UN General Assembly on Tuesday, which is being held online this year, US President Donald Trump will ...
Trump Says Kuwait May Be Next in Middle East to Normalize Ties With ‘Israel’
Trump Eyes Executive Order to Punish Arms Trade with Iran: Sources
Trump Admits He Wanted to Assassinate Assad, Blames Ex-war Chief for Staying His Hand
Trump to Sign UAE, Bahrain Normalization Deals with ‘Israel’ As Observer: WH Official
Trump Abusing Arab Nations to Gain Fake Politic Achievements
Trump to Announce Normalization Deal between Bahrain and ‘Israel’
Trump Bragged He Protected MBS after Khashoggi’s Brutal Murder, According To Woodward’s New Book
Comment
More than 200 Retired Generals, Admirals Endorse Biden for US President
Iran Warns US of ‘Decisive’ Response in Case of Any Aggression
Venezuela Denounces Multiform Aggression by US at UN
A Tool for Protecting the Zionist Regime
Martyrs Teaching New Generations to Not be Afraid of Enemy: Ayatollah Khamenei
Ten Killed in Yemen Army's Attack on Saudi Base
Vaezi Says Seoul Showing Green Light to Free Iran’s $7bn Money
Zarif in Moscow to Discuss Regional Issues, Bilateral Ties with Lavrov
Apologize to Palestine: Bahrainis Express Endless Embarrassment Upon Shameful Treacherous Accord
Netanyahu to Meet Sudan’s Burhan in Uganda: Report
Rights Groups: UAE Hires Thousands of Mercenaries to Carry Out Assassinations in S Yemen
Iraq’s Sadr: Israel Would Mark Own Ending by Opening Embassy in Baghdad
Possible Targets for Taking Revenge for Gen. Soleimani
2,000 Days Since It Began, the War in Yemen Is Poised To Turn Even More Deadly
Ayatollah Khamenei: Sacred Defense Established Security in Iran, Enemies Will Pay Dearly If They Invade Country
PA Quits Arab League Chairmanship: Unhonored to See Arab States Rush to Normalize with the Occupation
How US Takes Advantage of Terrorism for Purpose of Its Hegemony!
Over 30 Taliban Fighters Killed in Afghan Airstrikes: Govt.
Saudi Arabia Receives New Consignments of French Speedboats
US Deploys More Troops, Armored Vehicles to Oil-rich Eastern Syria
Featured Stories