We Have to Get the People of Our Country to Love Israel More: Trump

POTUS also suggested that there are some American Jews who do not “love Israel enough”.

“It’s truly my honour to be here this evening, to celebrate our progress, to deepen the incredible partnership between the United States and Israel, and it suffered greatly in the last administration. I don’t think they liked Israel too much, I’m sorry", Trump said.

The US president said that Tel Aviv has never had a “better friend in the White House” than himself, claiming that unlike his predecessors, he has kept his promises to the Jewish people, his remarks have sparked outrage on social media.

The former head of the National Jewish Democratic Council, Aaron Keyak, has even slammed Trump's comments as "anti-Semitic".

“Trump’s insistence on using anti-Semitic tropes when addressing Jewish audiences is dangerous and should concern every member of the Jewish community — even Jewish Republicans", Keyak said.

Over the past two years, Trump has made a number of gestures toward Israel that previous US presidents refused to make, including recognising Jerusalem as the capital of Israel and the disputed Golan Heights, which were seized from Syria during the 1967 Six-Day War, as sovereign Israeli territory.

In November, Secretary of State Mike Pompeo made a dramatic statement, announcing that the United States would no longer abide by a 1978 State Department legal opinion that Jewish settlements in the West Bank violate international law.

The sudden change of heart in US foreign policy has raised more questions about the success of the Trump administration's peace plan for the Middle East, which includes a series of economic and political measures, but excludes a two-state solution.
Share It :
Related Stories 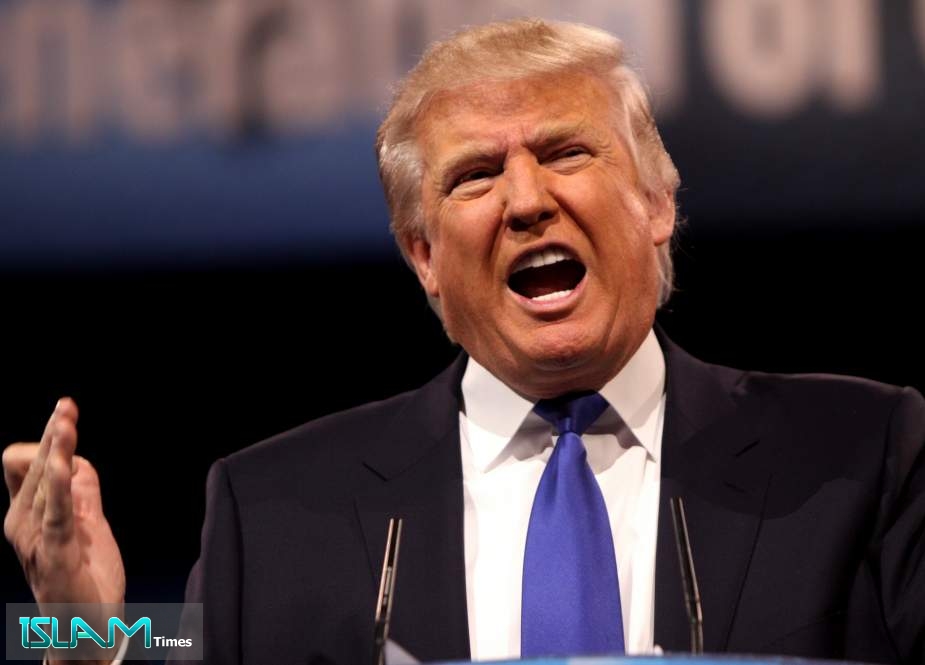 ‘LameStream Media working with their partner, the Dems’: Trump
Islam Times - US President Donald Trump has said “the LameStream Media working with their partner, the Dems,” after the New York Times issued a ...
US prosecutors seek ‘substantial’ prison term for former Trump lawyer Cohen
Who can really know’ if bin Salman lied in Khashoggi case, Trump wonders on Fox News
Obama addresses young voters ‘in an urgent time,’ grills Trump
Boris Johnson rejects Farage for US ambassador as advised by Trump
Obama trying to provoke confrontation with Russia to preempt Trump
From Monster to Mr. President-Elect: Democrats Grovel Before Trump
‘The World is Laughing’: Joe Biden Makes the Case Against Trump With World Leaders’ Hot-Mic Moment
Comment
Syrian Army Advances towards Terrorist-Held City in Idlib Province
India Allows Limited Access to Internet in Kashmir, Social Media Banned
Death Toll from New Virus Rises to 56 in China, Over 2,000 Infected Globally
Israeli Regime Strikes Besieged Gaza
Cuba Says Trump Administration Pressured Bolivia to Worsen Ties
US Returns to Ashes of 1945
S. Korea Will not Take Part with US in Joint Operations against Iran
Britain's Prince Charles Would Like to Make an Official Visit to Iran
Zarif Advises Trump to Base US Foreign Policy on Facts
Palestinian Boy Found Dead amid Suspension of Being Kidnapped by Israeli Settlers
The Day of Union