Story Code : 832735
Islam Times - US Defense Secretary Mark Esper said on Friday Washington has never promised Syrian Kurds that it would help them build an autonomous state, despite years of hints to the contrary.
Esper told reporters “Nowhere, at no point in time did we tell the Kurds, we will assist you in establishing an autonomous Kurdish state in Syria, nor would we fight against the longstanding ally Turkey on your behalf,” Russia Today reported.

“We live up to our obligations, and our obligation, our agreement, our understanding with the Kurds was this: that we would work together to fight in Syria to defeat ISIS,” he explained. But now that ISIS has been declared dead almost as many times as its late leader Baghdadi, is it game over for the US-Kurdish partnership?

Esper’s words no doubt came as a shock to anyone expecting a continuation of the Assad-Must-Go policies of the Obama administration, in which it was understood that the Kurdish Syrian Democratic Forces would be rewarded for doing their part to overthrow Syrian President Bashar Assad with their own semi-sovereign state à la Iraqi Kurdistan. US media have long sung the praises of ‘Rojava’ as some sort of feminist utopia, but this “brave social experiment” is now imperiled by the Trump administration’s stubborn refusal to continue waging a war it has all but lost in Syria.

The SDF provided an ideal anti-Assad proxy through which the US could occupy resource-rich areas of Syria, an occupation which would otherwise be considered illegal under international law. But when the US began pulling out of northeast Syria back in September, leaving the surprised Kurds at the mercy of Turkish forces that view them as terrorists, the Kurds were forced to beg the same Assad government they had decried as the devil incarnate while the US was still propping them up for protection. They ultimately swallowed their pride and worked out an arrangement with Syrian and Russian forces along the Turkish border, but this was not the deal they thought they’d made with the US.

The Kurds had good reason to expect a state in return for doing the US’ bidding for so many years. Ever since then-Secretary of State Condoleezza Rice rapturously described the fallout from Washington’s destabilization of the region as the “birth pangs of a new Middle East” in 2006, the game plan has been out in the open: “we have to be certain that we’re pushing forward to the new Middle East, not going back to the old Middle East.” Never mind that the residents of that old Middle East might prefer their homelands un-bombed, their borders in the same place, or their family members still alive – when the Pentagon’s redecorating crew shows up in your country, saying “no” isn’t an option.

“Greater Kurdistan” encompasses oil-rich regions of Iraq, Syria, Turkey, and Iran, forming a hypothetical (for now) state amid a thoroughly balkanized Middle East that dovetails perfectly with the foreign policy aims of the US, Israel and the Gulf monarchies. Abandoning the Greater Kurdistan project lays the groundwork for the mending of relations between the US and Turkey, which for obvious reasons doesn’t fancy having chunks of its neighbors' territory broken off and given to a group it considers to be terrorists, and indeed, abandoning the effort to construct a “new Middle East” creates a happy ending for nearly everyone in the region, except Israel and the Gulf monarchies. Until Trump spoiled everyone’s fun with his insistence on pulling out of Syria, there was much support in the US foreign policy community for busting the country up into ethnic enclaves – always presented as a last resort, of course.

While the shower of rotten vegetables the Kurds gave the retreating American troops no doubt did little to endear them to Washington, the Trump administration’s mind was clearly made up to abandon its predecessors’ Greater Kurdistan project for the time being long before the pullout was announced. The US still supports the SDF verbally, and they’re still “helping” US soldiers keep Syrian oil out of the hands of Damascus. There’s even the hope that if they behave themselves they’ll get that autonomous state after all. But Esper has made it clear that the expansive (and cannily vague) promises of previous administrations – never, it must be noted, written out in the form of signed contracts – dangling a homeland in front of the stateless people after “the birth pangs of a new Middle East” had settled down are a thing of the past.
Share It :
Related Stories 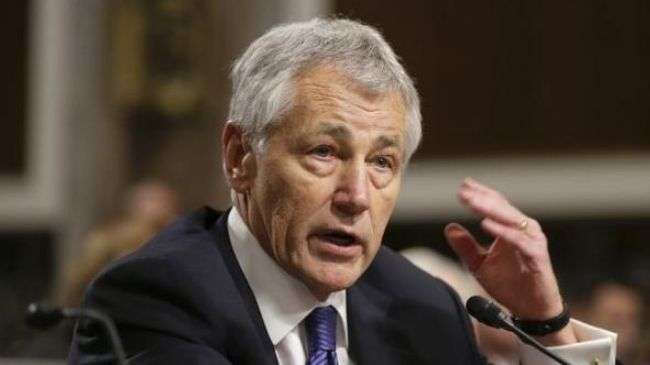