Story Code : 840540
Islam Times - US House Intelligence Committee Chairman Adam Schiff (D-Calif.), the lead House impeachment manager, has said that President Donald Trump must be removed from office because “you know you can’t trust” him “to do what’s right for this country.”
In an impassioned speech, Schiff, the California Democrat pleaded with Senate Republicans to follow their consciences and vote to impeach and remove Trump from the White House.

Democrats worked carefully at the impeachment trial of Trump on Thursday to prove the Republican president abused his power by pressing Ukraine to investigate his Democratic rival Joe Biden and his son purely for political gain.

“The Framers couldn’t protect us from ourselves if right and truth doesn’t matter,” Schiff said, arguing that if Trump remained president he would put his own interests ahead of America’s.

“You know you can’t trust this president to do what’s right for this country,” Schiff said, pointing to Russia’s recent alleged hacking of Burisma Holdings, the energy company that paid Hunter Biden to serve on its board.

Schiff claimed that Trump would not stop the Russians if they tried to influence the outcome of this year’s presidential election.

“Can you have the least bit of confidence that Donald Trump will stand up to them and protect our national interest over his own personal interest? You know you can’t, which makes him dangerous to this country,” Schiff said.

“You may be asking, how much damage can he really do in the next several months until the election,” Schiff said, before answering his own question. “A lot. A lot of damage.”

“The Do Nothing Democrats just keep repeating and repeating, over and over again, the same old ‘stuff’ on the Impeachment Hoax,” he said.

“They ought to go back to work for our great American people!”

On the second day of their arguments for Trump’s removal from office on Thursday, Democratic members of the House of Representatives sought to dismantle Trump’s long-standing allegation that Biden acted improperly toward Ukraine while vice president.

In more than eight hours of argument, House impeachment managers argued that Biden did nothing wrong and was only carrying out official US policy when he pressured Ukraine to fire its top prosecutor, Victor Shokin, because of corruption concerns.

Trump and his allies maintain that Biden wanted Shokin fired in order to end an investigation into a natural gas company, Burisma, where his son Hunter served as a director. Democrats said no evidence supported that allegation.

Democrats assert that Trump pushed for the inquiry into Biden because he was worried about facing the former US vice president in November’s presidential election.

Biden is currently tied with US Senator Bernie Sanders in national polls for the Democratic presidential nomination.

Democrats in the House of Representatives launched an impeachment probe against Trump in September after an anonymous intelligence community whistleblower accused the president of pressing Ukraine’s president to investigate the Bidens, as well as a debunked theory that Ukraine interfered in the 2016 US presidential election.

Trump temporarily withheld $391 million in US military aid to Ukraine, which Democrats say was leverage for his demands.

Democrats contend senators should convict Trump on two charges brought by the Democratic-led House – abuse of power and obstruction of Congress.

But the Senate, which is controlled by Trump’s fellow Republicans, remains unlikely to do so. A two-thirds majority is needed to remove him from office.

Democratic prosecutors on Friday presented evidence of Trump’s obstruction to the Senate trial.

House impeachment managers argued that Trump’s refusal to allow top officials to testify and to supply subpoenaed documents to the Ukraine investigation supported the second charge against him, obstruction of Congress, AFP reported.

He also prevented a dozen current and former Trump administration officials from testifying to the investigation, she said.

She said the Congress should not allow Trump to reject its powers in such a wholesale manner.

“Executive power without any sort of restraint, without oversight, and without any checks and balances, is absolute power,” she told the Senate hearing.

“And we know what has been said about absolute power. Absolute power corrupts, absolutely,” she noted.
Share It :
Related Stories 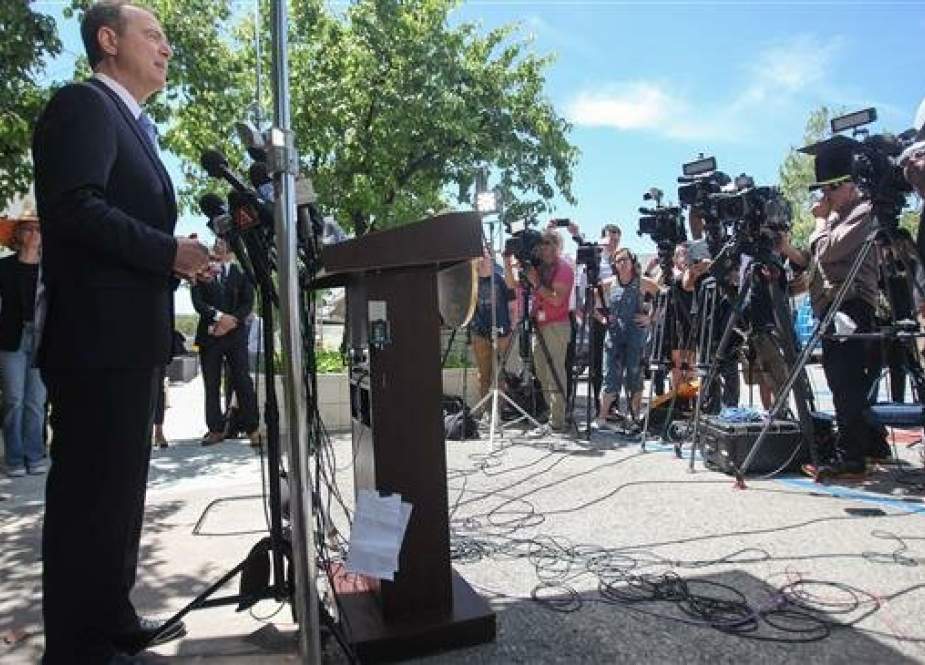