“All Options Are Open” in Responding to Trump's Plan: Hamas

Story Code : 841379
Islam Times - The Palestinian group Hamas rejected the “conspiracies” announced by the US and Israel after US President Donald Trump unveiled the so-called deal of the century, and said “all options are open” in responding to the plan.
“We are certain that our Palestinian people will not let these conspiracies pass. So, all options are open. The (Israeli) occupation and the US administration will bear the responsibility for what they did,” senior Hamas official Khalil al-Hayya said as he participated in one of several protests that broke out across the Hamas-ruled Gaza Strip.

In separate comments, Hamas official Sami Abu Zuhri told Reuters, “Trump’s statement is aggressive and it will spark a lot of anger.”

Palestinian President Mahmoud Abbas also held an emergency meeting with other Palestinian factions, including Hamas, to discuss a unified response to the plan.

The Palestinians remain committed to ending the Israeli occupation and establishing a state with its capital in east Jerusalem, Abbas said at a press conference in the West Bank city of Ramallah, where the Western-backed Palestinian Authority is headquartered.

“After the nonsense that we heard today we say a thousand no’s to the Deal of The Century,” he said.

“We will not kneel and we will not surrender,” Abbas said, adding that the Palestinians would resist the plan through “peaceful, popular means.”
Share It :
Related Stories 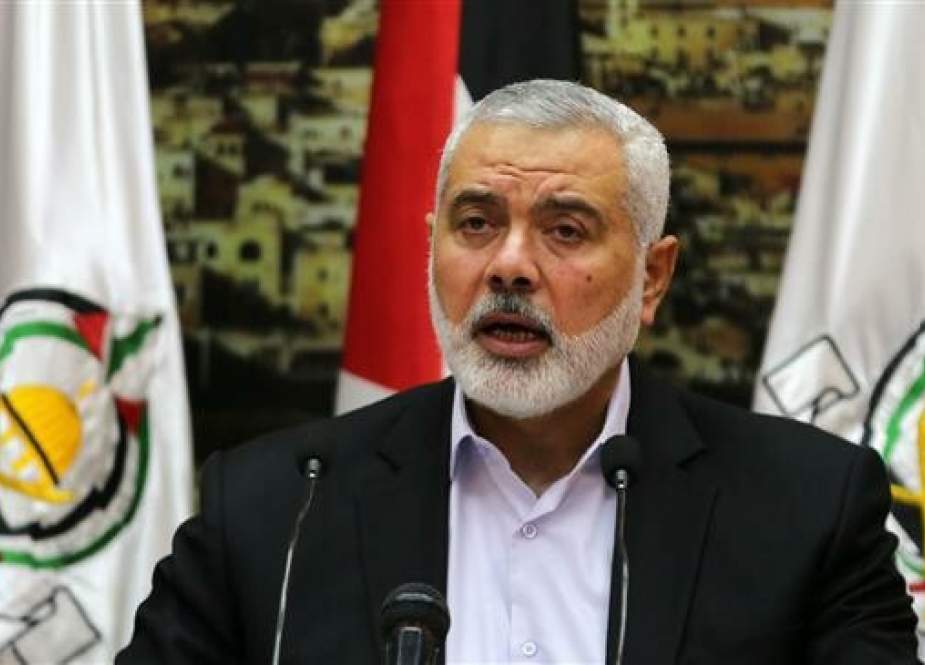 But Would Anyone Notice? CNN Breaks ‘Report’ of Syrian Airstrikes… from 2018
Yemeni Forces Down Saudi "Tornado" Military Plane
6,032 Bodies Found in New Burundi Mass Graves
Creator Of BioWeapons Act Says Coronavirus Is Biological Warfare Weapon
Maybe it Was the Belgian Air Force that Launched Missiles over Syria: Netanyahu
Ex-FBI Deputy McCabe: 'I Don't Think I Will Ever Be Free of This President, His Maniacal Rage'
Zarif's Full Interview with NBC News