Story Code : 843688
Islam Times - The Palestinian resistance movement Hamas called on all Palestinians to increase their resistance efforts to reject the so-called "deal of the century" recently proposed by US President Donald Trump.
"We indeed congratulate today our compatriots in the West Bank and Jerusalem (al-Quds) for their steadfastness and their extraordinary operations which challenged their calculations," said Hamas Spokesperson Fawzi Barhoum in a statement on Sunday.

"We call upon them to intensify their popular resistance efforts by using all possible means in all forms," he added.

The spokesman said that the formation of a unified front and struggle against the so-called deal of the century has become the demand of "all Palestinians".

Trump unveiled his set of proposals to put an end to the Israeli-Palestinian conflict on January 28, alongside Israeli Prime Minister Benjamin Netanyahu. The plan was rejected by Palestinian authorities as being one-sided in favor of Israel.
Share It :
Related Stories 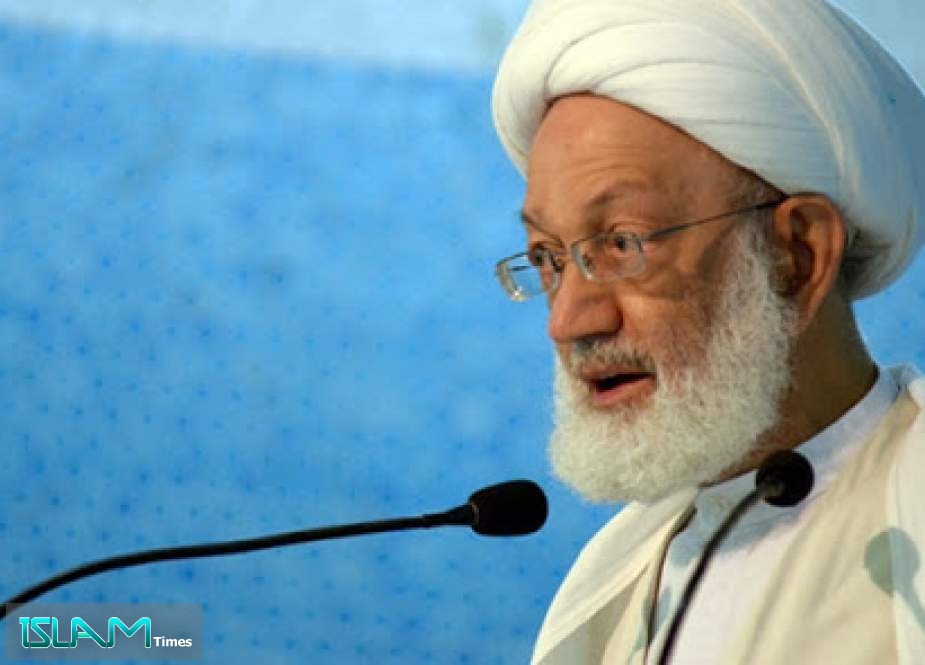 Bahrain’s Sheikh Qassem Urges on the Muslim Nation to Thwart “Malicious Deal of the Century”
Islam Times - Bahrain’s prominent Shia cleric Sheikh Issa Qassem lashed out at US’ plan on the Middle East,...
Organisation of Islamic Cooperation (OIC) Rejected Trump's so-called Deal of the Century
President Mahmoud Abbas Announced Palestine ‘Cutting All Ties’ with US and Israel over Trump’s ‘Deal of the Century
Israeli Media Highlighted Bin Salman's Role in the So-Called “Deal of the Century”
Mass Rally Outside US Embassy in Lebanon Rejects Trump's Deal of the Century
Israeli Newspaper Reveals First Details of Trump’s ‘Deal of the Century’
Fatah official: Arab states pressuring us to accept ‘deal of the century’
We Will Not Sit at the Negotiating Table While the Deal of the Century Still Exists: Abbas
Comment
Zionist Regime Seeking to Export Own Crises to Gaza: Hamas
Death Toll of Beirut Blast Rises to 73, Injuries 3,700
Anti-US Protest Rallies in Syria End in Clashes with Kurdish Militants
Stay Strong, Lebanon: Zarif
Hundreds of Koreans Flee As Floods Trigger Landslides, Sweep Away Cars
Lebanese PM Diab: Those Responsible for Beirut Port Blasts Will Pay Price
Arab Dictators Are Learning to Love Collective Punishment
Trump Reacts to Blast in Beirut
Hezbollah Offers Condolences to the Lebanese over Beirut Port Tragedy
Many Feared Dead, Hundreds Injured as 2 Huge Explosions Rock Beirut Port