Story Code : 844598
Islam Times - Venezuela has filed a lawsuit against the United States at the International Criminal Court (ICC) for Washington's sanctions decried by Caracas as "crimes against humanity.”
Venezuelan Foreign Minister Jorge Arreaza made the announcement as he was speaking to journalists in The Hague on Thursday.

According to Press TV, Arreaza said the Latin American country had submitted the 60-page suit to the court, stressing that the US policy of sanctions has been "a death sentence for tens of thousands of Venezuelans per year."

"Our government is seeking refuge with international law," the top Venezuelan diplomat said. "We are convinced the consequences of the unilateral measures (by the United States) constitute crimes against humanity against the civilian population."

The 57-year-old leader had earlier announced that he would file a lawsuit against the administration of US President Donald Trump over the economic damages it caused to his country through its unilateral sanctions against Venezuela.

"A global lawsuit against the policy of aggression and sanctions of coercive measures; Venezuela will seek justice in international courts," he added.
Share It :
Related Stories 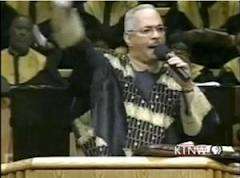