Story Code : 845505
Islam Times - Turkish President Recep Tayyip Erdogan warned on Wednesday that Ankara’s launching a cross-border operation into Idlib, northwestern Syria, is just “a matter of time.”
“As with all [previous] operations, we say ‘we could suddenly come one night.’ In other words, an Idlib operation is a matter of time,” Erdogan told his party’s parliamentary group in the capital Ankara, referring to three Turkish operations into northern Syria since 2016.

The Turkish president said meetings with Russian officials on ending the crisis in Idlib, a conflict-battered province covered by a nominal cease-fire, have failed to produce results.

“Although the meetings will continue, it is a reality that we were very far from what we want,” he said, as quoted by Anadolu News Agency.

He added: “Turkey has made all preparations to carry out its own operation plans in Idlib.”

Turkey is determined to transform Idlib into “a safe place at any cost for the sake of both Turkey and the region’s people,” Erdogan added.

Since 2016, Turkey has launched three operations across its border into northern Syria, moves considered by Damascus as an occupation.

In September 2018, Turkey and Russia agreed to turn Idlib province into a “de-escalation zone” in which acts of aggression are expressly prohibited.
Share It :
Related Stories 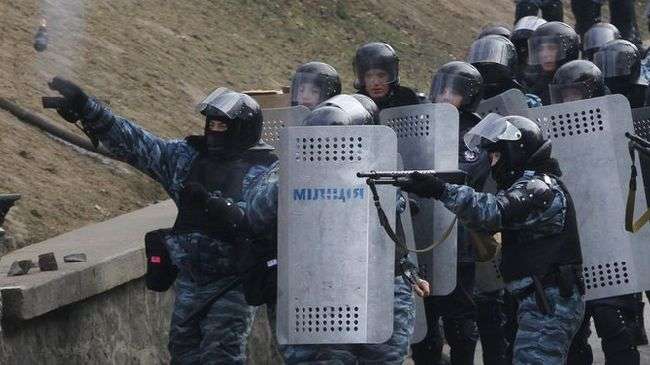 Kiev attacks: War imminent in Ukraine
Islam Times - Ukraine has finally launched its so called “anti-terror” operation in the East. We have had our fingers crossed after the stand-down that seemed to be in effect over the ...
China Warns Over Imminent Korea War
US preparing for imminent terrorist attack by Khorasan Group: FBI head
Pentagon cuts ‘imminent danger pay’ to US troops
Revolution imminent in Saudi Arabia
New Civil War Imminent in Libya as Haftar Bans Ministers
Iraqi PM vows imminent ‘victory’ against terrorists in Mosul
Venezuela – US Attack Imminent?
Comment
US Sanctions Should Not Prevent Humanitarian Aid to Iran: EU's Borrell
Turkish Occupation Forces and Its Mercenaries Attack Safe Villages of Hasaka
WHO Warns Coronavirus May Reignite If Restrictions Lifted Early
Global Death Toll from Coronavirus Tops 75,000
Iran Ready to Help Turkey in COVID-19 Battle: Zarif
Taliban Breaks Off Prisoners Exchange Talks with Afghan Government
Panic and Political Absurdity in the Face of the Pandemic
Japan's PM Declares Coronavirus State of Emergency as Infections Rise
UK PM Moved to Intensive Care Unit as Coronavirus Symptoms Worsen
“Who’s Going to Pay For it?” A Dying Patient’s Last Words Before Being Placed on a Ventilator
Turkish-backed Terrorists in Syria Demanding Ankara Pay their Salaries
British Politicians. Galloway's View: 3 Nails in Corbyn’s Leadership Coffin are Anti-Semitism, Appeasement & Attitude to Brexit
India Bans All Exports of Trump’s ‘Game Changer’ Virus Drug
COVID-19: No Panic Buying in Iran, Shelves Are Full